Halmstads BK face off with the visiting Hammarby IF at Örjans Vall in this Allsvenskan game on Sunday.

View all of the Halmstads BK v Hammarby IF predictions, poll and stats below - as well as up-to-date odds.

Halmstads BK will be wanting a better result here after a 0-1 Allsvenskan defeat last time out to IF Elfsborg.

It’s been all too rare in recent games that Halmstads BK have kept a clean sheet. In fact, Halmstads BK have failed to prevent opponents from scoring in 5 of their previous 6 clashes, leaking 7 goals in the process.

Going into this one, Halmstads BK haven't been beaten in the league by Hammarby IF in their previous 2 games.

Hammarby IF will go into this game after a 1-4 Allsvenskan win with the eclipse of Degerfors IF in their previous game.

Indicating their appetite for action-packed matches, we’ve had goals 24 times in the previous 6 games in which Hammarby IF have taken to the pitch, giving an average of 4 goals each fixture. Opposing teams have hit 9 of this grand total. In any event, we will just have to wait and see whether that pattern will persist in this next game.

A review of their prior head to head clashes stretching back to 29/07/2012 tells us that Halmstads BK have won 3 of these & Hammarby IF 1, with the tally of drawn results standing at 2.

18 goals were produced between them in these games, with 11 of them from HBK and 7 being from Bajen. That’s an average goals per game figure of 3.

The last league meeting between the two was Allsvenskan match day 9 on 04/07/2021 which ended up with the score at Hammarby IF 1-1 Halmstads BK.

That time, Hammarby IF managed 60% possession and 12 shots on goal with 4 of them on target. The scorer was David Accam (72').

At the other end, Halmstads BK got 14 attempts at goal with 4 on target. Marcus Antonsson (91') was the scorer.

The Halmstads BK boss Magnus Haglund has no fitness worries whatsoever before this match thanks to a completely healthy squad available to select from.

Owing to a fully healthy group available to select from, the Hammarby IF boss Miloš Milojević has zero fitness concerns to speak of coming into this match.

It seems to us that Hammarby IF and Halmstads BK could both end up scoring in what appears to be a good match-up, with little separating these two teams.

It could well end in a draw. Therefore, we predict a tight encounter, finishing with a 1-1 draw at the end of this game. 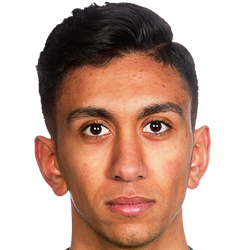 Customarily taking up the Centre Midfield position, Amir Al-Ammari was born in Sweden. After having made a senior debut playing for Halmstads BK in the 2021 season, the gifted Midfielder has struck 3 league goals in this Allsvenskan 2021 season so far in a total of 27 appearances.

While we have made these predictions for Halmstads BK v Hammarby IF for this match preview with the best of intentions, no profits are guaranteed. Always gamble responsibly, and with what you can afford to lose. Best of luck with your selections.