Our tips, poll and stats for Partick Thistle v Hamilton Academical can all be found here including the latest game odds.

Partick Thistle prepare for this fixture coming off the back of a 1-1 Scottish Cup drawn game vs Dunfermline Athletic.

Analysis of their past results shows that Partick Thistle:

In their last game, Hamilton Academical drew 0-0 in the Scottish Cup tie with Ross County.

Hamilton Academical ran out winners after a 5-3 penalty shootout.

It has become apparent that Hamilton Academical have suffered from a lack of goals in their past six encounters, recording the poor return of just 4. In those matches, The Accies have also seen the overall goal tally of their opponents equal 6. That pattern won’t necessarily be carried forward into this match, of course.

Analysis of their past results shows that Hamilton Academical:

Checking on their prior head-to-head meetings going back to 15/10/2021 shows that Partick Thistle have won 3 of these games and Hamilton Academical 1, with the tally of drawn matches being 2.

21 goals were scored between them throughout the course of those matches, with 12 of them from The Jags and 9 created by The Accies. This gives an average number of goals per game equal to 3.5.

The previous league contest between these sides was Championship match day 11 on 15/10/2022 which ended up with the score at Hamilton Academical 1-2 Partick Thistle.

The Partick Thistle boss Ian McCall will be grateful not to have any fitness concerns at all coming into this game owing to a fully healthy squad ready to go.

Out of a mainly healthy group, there’s only a single fitness issue for the Hamilton Academical manager John Rankin to contend with. Lewis Spence (Knee Injury) won’t be in action.

It seems to us that Hamilton Academical could really find it hard to get a goal against a Partick Thistle team who certainly have the ability to dominate this match.

Our selection here is for a commanding 3-0 win for Partick Thistle when the referee blows the final whistle. 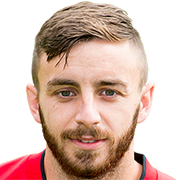 Mostly playing in the Left Wing position, Steven Lawless was born in Glasgow, Scotland. Having made a first senior appearance for Albion Rovers in the 2010 - 2011 season, the talented Forward has managed to score 5 league goals in this Championship 2022 - 2023 campaign so far coming from a total of 20 appearances.

We have made these Partick Thistle v Hamilton Academical predictions for this match preview with the best intentions, but no profits are guaranteed. Please always gamble responsibly, only with money that you can afford to lose. Best of luck.