Hannover come up against away team Kaiserslautern at Heinz-von-Heiden-Arena in this Bundesliga 2 clash on Saturday.

To see all of our predictions, user poll & stats for Hannover v Kaiserslautern, scroll down - as well as the best betting odds.

Hannover enter this game after a 1-1 Bundesliga 2 drawn match vs Holstein Kiel.

In that game, Hannover managed 47% possession and 13 shots on goal with 4 of them on target. The only player to score for Hannover was Cedric Teuchert (16'). At the other end, Holstein Kiel had 15 shots at goal with 3 on target. Fin Bartels (9') scored for Holstein Kiel.

Their more recent scorelines show that much respect should be given to the Hannover backline. Hannover have been mean at the back, seeing the number of goals that have gone in at their end over the course of their last six clashes standing at 4. It will be interesting to find out whether or not that trend can be sustained here.

Ahead of this meeting, Hannover are unbeaten in their last 3 home league matches.

Kaiserslautern will go into this game after a 1-2 Bundesliga 2 win against Fortuna Dusseldorf in their most recent outing.

Dirk Schuster's Kaiserslautern have seen their goal attempts be successful 9 times throughout their latest sextet of matches. The total of goals that have been scored against them during those same clashes equals 6.

Their past results show that Kaiserslautern:

An examination of their most recent head-to-head clashes stretching back to 19/02/2011 tells us that Hannover have won 4 of them & Kaiserslautern 1, with the tally of drawn results standing at 1.

A total of 16 goals were produced between them during those clashes, with 12 for Hannover and 4 being from Kaiserslautern. That is an average goals per game value of 2.67.

The last league game between these sides was Bundesliga 2 match day 1 on 15/07/2022 when it finished Kaiserslautern 2-1 Hannover.

In that match, Kaiserslautern managed 34% possession and 11 attempts at goal with 4 on target. Goals were scored by Mike Wunderlich (11') and Kevin Kraus (92').

On the other side, Hannover had 11 shots at goal with 5 on target. Håvard Nielsen (80') was the scorer.

The Hannover manager Stefan Leitl does not have any fitness concerns to speak of coming into this clash with a fully injury-free squad available to choose from.

Owing to a fully healthy squad ready to go, the Kaiserslautern boss Dirk Schuster has zero fitness worries to report coming into this game.

Looking at these two teams, we feel that Kaiserslautern have enough to break down this Hannover team, however that realistically won’t prevent them from conceding a couple at the other end.

We’re tipping both teams to score in a 2-1 win for Hannover after the 90. We’ll have to see what happens. 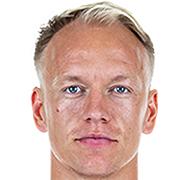 Customarily playing in the Striker position, Håvard Nielsen was born in Oslo, Norway. Having made a first senior appearance for Vålerenga in the 2010 season, the accomplished Forward has bagged 7 league goals in this 2. Bundesliga 2022 - 2023 season so far from a total of 17 appearances.

While we have made these predictions for Hannover v Kaiserslautern for this match preview with the best of intentions, no profits are guaranteed. Always gamble responsibly, and with what you can afford to lose. Best of luck.