Magdeburg will visit Ostseestadion on Saturday for the Bundesliga 2 tie with home team Hansa Rostock.

Our tips, poll and stats for Hansa Rostock v Magdeburg can all be found here - as well as the best betting odds.

Hansa Rostock will be hoping to bounce back here after the 3-1 Bundesliga 2 defeat in their last game at the hands of Fortuna Dusseldorf.

It has not been often in recent times where Hansa Rostock haven’t conceded. The facts show that Hansa Rostock have seen their defence breached in 5 of their previous 6 games, giving up 11 goals during that time.

Heading into this fixture, Hansa Rostock have not emerged victorious against Magdeburg in their last 2 league matches.

Magdeburg come into this match following a 2-1 Bundesliga 2 win vs Greuther Furth in their previous fixture.

In that game, Magdeburg managed 63% possession and 14 shots at goal with 6 on target. For Magdeburg, the goals were scored by Cristiano Piccini (38') and Moritz-Broni Kwarteng (86'). Greuther Fürth got 5 shots on goal with 2 on target. Damian Michalski (42') was the scorer for Greuther Furth.

The stats tell the story, and Magdeburg have been scored against in 6 of their last 6 games, with opponents netting 15 goals in total. At the back, Magdeburg seem to have a bit of a soft underbelly. We will find out if that trend will end up being continued on into this next match.

Going into this contest, Magdeburg are without a win away from home in their last 3 league games.

Checking on their prior head-to-head clashes stretching back to 09/09/2017 tells us that Hansa Rostock have won 3 of them and Magdeburg 2, with the tally of drawn games standing at 1.

A sum of 12 goals were produced between them during those clashes, with 6 of them for Hansa and 6 coming from Magdeburg. The average goals per game has been 2.

The previous league encounter featuring the two was 3rd Liga match day 31 on 10/04/2021 which finished with the scoreline of Hansa Rostock 0-2 Magdeburg.

Looking at personnel, there is just the lone fitness concern for the Hansa Rostock gaffer Jens Härtel to be concerned about due to a largely intact set of players. Simon Rhein (Plantar fascia) won’t play.

We’re inclined to think that Magdeburg have the ability to put a goal past this Hansa Rostock lineup, but that is unlikely to be enough to avoid a loss.

We think that it’s going to be a close game with a 2-1 victory for Hansa Rostock after 90 minutes. Looking forward to this. 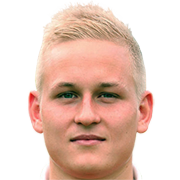 Mostly played in the Right Wing position, Kai Pröger was born in Wilhelmshaven, Germany. After having made a senior debut playing for in the 2014 - 2015 season, the dangerous Forward has bagged 2 league goals in the 2. Bundesliga 2022 - 2023 season to date from a total of 8 appearances.

We have made these Hansa Rostock v Magdeburg predictions for this match preview with the best intentions, but no profits are guaranteed. Please always gamble responsibly, only with money that you can afford to lose.