Swindon Town will do battle with away team Hartlepool United at The Energy Check County Ground in the League Two fixture on Tuesday.

Scroll down to see all of the predictions, poll and statistics for Swindon Town v Hartlepool United - plus the latest betting odds.

Swindon Town will want to continue from where they left off last time out with a 1-2 League Two success vs Newport County.

The only name on the scoresheet from Swindon Town was Jack Payne (88'). Finn Azaz (72' Own goal) and Dominic Telford (74') scored for Newport County.

At least three goals per match have been seen in 5 of the last 6 fixtures where Swindon Town have been involved. Opposing sides scored 8 of them in these games while Swindon Town totted up 11. That kind of trend won’t necessarily be carried forward into this game, though.

Leading up to this clash, Swindon Town:

Following on from being beaten in their last game against Forest Green Rovers in League Two competition, Hartlepool United will be hoping to turn things around here.

The only player to score from Hartlepool United was Nicky Featherstone (80'). Jordan Moore-Taylor (4'), Jamille Matt (29') and Matty Stevens (45') scored for Forest Green Rovers.

In as many as 5 of the previous 6 clashes featuring Hartlepool United, three or more goals have been struck. The average goals scored per match within that spell is 3.67, with the average number of goals for Hartlepool United equalling 1.5.

Their prior results show that Hartlepool United:

Checking out their prior head to head meetings dating back to 17/10/2009, both clubs have shared the honours with Swindon Town winning 1 of those games, Hartlepool United 1 and 4 being drawn in regulation time.

A combined sum of 11 goals were produced between them in this period, with 5 for The Robins and 6 belonging to The Pool. That’s an average goals per game figure of 1.83.

The previous league game featuring these clubs was League One match day 32 on 09/02/2013 when the final score was Swindon Town 1-1 Hartlepool United.

The Swindon Town manager Ben Garner has zero fitness worries whatsoever coming into this game thanks to a completely healthy group available for selection.

Due to a fully healthy squad available to select from, the Hartlepool United boss Antony Sweeney doesn’t have any fitness worries at all ahead of this match.

Looking at these two teams, we feel that Hartlepool United might well have a job on their hands to register a score against this Swindon Town team who we reckon should end up scoring and possibly keep a clean sheet as well.

We therefore see a highly competitive game with a 1-0 advantage for Swindon Town at full-time. 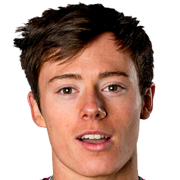 Normally played in the Central Attacking Midfielder position, Harry McKirdy was born in London, England. Having made a first senior appearance for Stevenage in the 2016 - 2017 season, the accomplished Midfielder has scored 4 league goals in this League Two 2021 - 2022 campaign to date in a total of 11 appearances.

We have made these Swindon Town v Hartlepool United predictions for this match preview with the best intentions, but no profits are guaranteed. Please always gamble responsibly, only with money that you can afford to lose. We wish you the best of luck.