All RKC Waalwijk v Heracles Almelo game predictions, stats and user poll are shown below (plus the best game odds).

RKC Waalwijk will want to continue from where they left off last time out with a 1-0 Eredivisie success vs FC Emmen.

The only scorer from RKC Waalwijk was Ahmed Touba (90').

Fewer than three goals per game were scored during 5 of the past 6 fixtures where RKC Waalwijk have been participants. Regarding the goal distribution during that period, opposing sides scored a total of 7 while RKC managed a tally of 5. We will see whether or not that trend can be sustained into this next match.

Since suffering a loss in their previous game against Ajax in Eredivisie competition, Heracles Almelo and their fans will hope to get a better result this time.

Frank Wormuth's Heracles Almelo have had reason to celebrate scoring a total of 7 times in the course of their previous six matches. The total of goals that they have conceded during the equivalent period comes to 7.

Coming into this contest, Heracles Almelo haven't been defeated in their previous 2 league matches away from home.

Checking on their prior head to head meetings going back to 28/09/2013 shows that RKC Waalwijk have won 2 of these and Heracles Almelo 4, with the tally of drawn games being 0.

The previous league fixture featuring these sides was Eredivisie match day 5 on 17/10/2020 when the final score was Heracles Almelo 0-1 RKC Waalwijk.

Heracles manager Frank Wormuth has some current player fitness concerns. Navajo Bakboord (Cruciate Ligament Rupture) and Kasper Lunding (Muscle Injury) are not ready for selection. Giacomo Quagliata will not be able to play in this game through being suspended.

We feel that over the course of the game, RKC Waalwijk might need a bit of good fortune to score goals against this Heracles Almelo team who we think will likely score at least once to gain the upper hand.

That’s why we have predicted a very competitive encounter with a 0-1 advantage for Heracles Almelo when the referee blows for full-time. 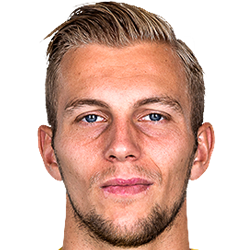 Mostly taking up the Striker position, Finn Stokkers was born in Netherlands. Having made his senior debut playing for Sparta Rotterdam in the 2013 - 2014 season, the gifted Forward has managed 5 league goals in the Eredivisie 2020 - 2021 season so far coming from a total of 21 appearances.

We have made these RKC Waalwijk v Heracles Almelo predictions for this match preview with the best intentions, but no profits are guaranteed. Please always gamble responsibly, only with money that you can afford to lose. Good luck if you do place a bet today.