Heracles Almelo will be taking on away side Sparta Rotterdam at Erve Asito in the Eredivisie tie on Sunday.

Full predictions, pre-match stats and user poll for Heracles Almelo v Sparta Rotterdam are shown on this page - as well as the best betting odds.

Heracles Almelo will be looking for an improved result here following a 1-3 Eredivisie losing effort in their last game against Sparta Rotterdam.

The only name on the scoresheet from Heracles Almelo was Sinan Bakış (83'). Arno Verschueren (45'), Lennart Thy (69') and Mario Engels (79') scored for Sparta Rotterdam.

Under three goals per match were recorded in 5 of the past 6 fixtures where Heracles Almelo have taken part. In terms of the goal attribution during this period, opposing sides scored a total of 9 while Heracles Almelo managed the sum of 5. However, it remains to be seen if such a trend might persist in this next game or not.

A look at their previous results shows us that Heracles Almelo:

Maurice Steijn's Sparta Rotterdam have fired home 6 times in the course of their previous sextet of matches. The overall goals that have been scored against them during the equivalent period comes to 7.

Coming into this clash, Sparta Rotterdam haven't beaten Heracles Almelo in games played away from home for the previous 6 league matches. Not good at all.

Looking over their prior head to head meetings dating back to 14/12/2017 tells us that Heracles Almelo have won 2 of these games & Sparta Rotterdam 0, with the number of drawn games standing at 4.

A sum of 18 goals were produced between them during those clashes, with 11 of them from Heraclieden and 7 belonging to Kasteelheren. The average number of goals per game works out to 3.

The previous league encounter between these sides was Eredivisie match day 2 on 21/08/2021 when it ended Sparta Rotterdam 1-1 Heracles Almelo.

On that day, Sparta Rotterdam managed 38% possession and 11 shots on goal with 4 of them on target. Their only player on the scoresheet was Bart Vriends (40').

For their opponents, Heracles Almelo got 14 shots on goal with 4 on target. Delano Burgzorg (77') was the scorer.

Owing to a completely healthy squad available for selection, the Sparta Rotterdam boss Maurice Steijn has no fitness worries to speak of ahead of this game.

We’re thinking that Sparta Rotterdam must be fancied to put one past this Heracles Almelo lineup, however that is unlikely to be as many as they’ll concede.

We’re expecting a very close game with a 2-1 advantage for Heracles Almelo after the 90. Let’s wait and see how it plays out. 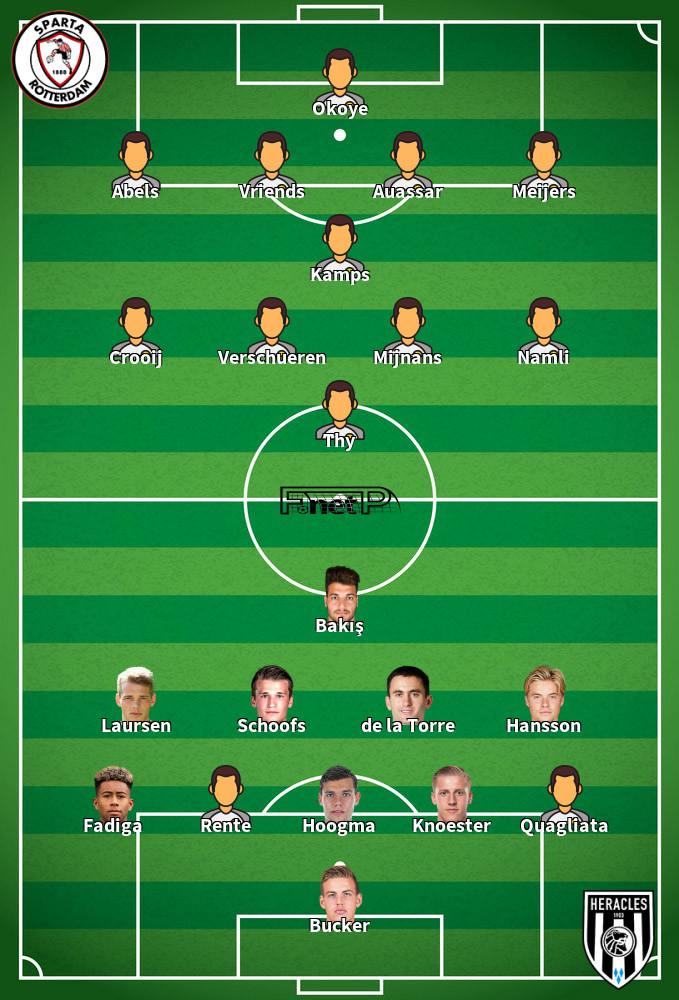 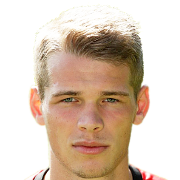 Typically used in the Right Wing position, Nikolai Laursen was born in Denmark. Having made a first senior appearance for Brøndby IF in the 2014 - 2015 season, the dangerous Forward has contributed 4 league goals in this Eredivisie 2021 - 2022 campaign to date from a total of 27 appearances.

While we have made these predictions for Heracles Almelo v Sparta Rotterdam for this match preview with the best of intentions, no profits are guaranteed. Always gamble responsibly, and with what you can afford to lose. Best of luck with your selections.