Hibernian will be facing away side St Johnstone at Easter Road Stadium in this Premiership meeting on Sunday.

Hibernian are hoping to win again following the 4-0 Premiership success over St Johnstone.

It’s been all too rare in recent games where Hibernian have kept a clean sheet. It will be a concern for them that Hibernian have been scored against in 5 of their previous 6 clashes, shipping 10 goals on the way. In any event, time will tell if the trend will be replicated in this next game or not.

Their previous form shows that Hibernian:

It is worth noting that St Johnstone have had real problems scoring goals over their last 6 encounters, contributing the poor return of only 4. In those matches, The Saints have also seen the overall goal aggregate of their opponents equal 10.

Their past results show that St Johnstone:

Inspecting their past head to head meetings stretching back to 06/03/2021 tells us that Hibernian have won 2 of them & St Johnstone 3, with the tally of draws being 1.

A total of 7 goals were produced between them in this period, with 3 for The Hibees and 4 belonging to The Saints. The average number of goals per game works out to 1.17.

The last league encounter between the two was Premiership match day 5 on 15/05/2022 which finished with the scoreline of Hibernian 4-0 St Johnstone.

For their opponents, St Johnstone had 11 attempts at goal with 4 of them on target.

Due to a fully healthy group available to choose from, the St Johnstone boss Callum Davidson has no fitness worries to report before this game.

We feel that over the course of the game, St Johnstone could find themselves struggling to get anything against this Hibernian lineup who will likely end up scoring and staying ahead.

With that in mind, we reckon that it will be a very even contest with a 1-0 victory for Hibernian at the end of the 90 minutes. 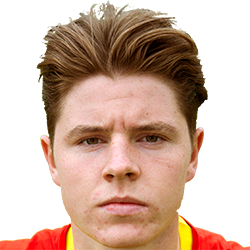 Mostly taking to the field in the Striker position, Kevin Nisbet was born in Scotland. Having played his first senior match for East Stirlingshire in the 2014 - 2015 season, the gifted Forward has managed to score 5 league goals in the Premiership 2021 - 2022 season to date from a total of 26 appearances.

We have made these Hibernian v St Johnstone predictions for this match preview with the best intentions, but no profits are guaranteed. Please always gamble responsibly, only with money that you can afford to lose.