Wigan journey to KCOM Stadium on Saturday for the League One showdown with hosts Hull City.

View all Hull City v Wigan tips, stats and our pre-match poll below including the latest game odds.

Hull City, following on from their previous result, will be hoping for more of the same after the 1-2 League One victory versus Lincoln City.

For Hull City, the goalscorers were Josh Magennis (4') and Mallik Wilks (83'). Lewis Montsma (65') was the scorer for Lincoln City.

At least three goals per match were recorded in 6 of the last 6 meetings where Hull City have been involved. Their opponents scored 5 times in this period while The Tigers totted up 14. Historical results aside, time will tell whether the trend might continue on in this next game.

Coming into this meeting, Hull City are undefeated in their previous 7 league matches at home.

In their last fixture, Wigan drew 1-1 in the League One match with Burton Albion.

The only player to score from Wigan Athletic was Will Keane (37'). Joe Powell (16') scored for Burton Albion.

The stats don’t lie, and Wigan have been scored against in 5 of their last 6 games, seeing their opponents hit 5 goals overall. In defence, The Latics have been far from perfect.

Looking at their past form shows that Wigan Athletic:

A review of their most recent head-to-head meetings dating back to 08/01/2011 tells us that Hull City have won 2 of these and Wigan 3, with the number of drawn results standing at 1.

Loads of goals were seen in those games, too - 28 in all at an average of 4.67 goals per meeting.

The last league encounter between these clubs was League One match day 23 on 17/02/2021 when the final score was Wigan Athletic 0-5 Hull City.

Hull City manager Grant McCann has no fitness worries at all coming into this game owing to a fully healthy group available for selection.

Due to a completely injury-free group ready to go, Wigan manager Leam Richardson has no fitness concerns to speak of before this match.

We’re inclined to think that Wigan have the ability to find the net against this Hull City outfit, but that may not quite prevent them from conceding a couple at the other end.

We’re predicting a tight encounter finishing with a 2-1 winning margin for Hull City after the 90. Let’s see what eventuates. 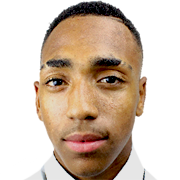 Mostly taking to the field in the Left Wing position, Mallik Wilks was born in Leeds, England. After having made a senior debut playing for Accrington Stanley in the 2017 - 2018 season, the talented Forward has got 19 league goals in the League One 2020 - 2021 season so far coming from a total of 42 appearances.

While we have made these predictions for Hull City v Wigan for this match preview with the best of intentions, no profits are guaranteed. Always gamble responsibly, and with what you can afford to lose. Good luck if you do place a bet today.