Return to this page a few days before the scheduled game when this expired prediction will be updated with our full preview and tips for the next match between these teams.
Full-Time Result Prediction
👉
IFK Värnamo to Win

IFK Värnamo meet away side Varbergs BoIS at Finnvedsvallen in the Allsvenskan match on Saturday.

All IFK Värnamo v Varbergs BoIS match predictions, user poll and stats are shown below - as well as up-to-date odds.

IFK Värnamo will play in this match following on from a 0-0 Allsvenskan drawn result versus Varbergs BoIS.

Fixtures featuring IFK Värnamo have proved to be absorbing affairs recently with high scoring anticipated. Over their past half dozen clashes alone, the sum total of 25 goals have been scored for both teams combined (at an average of 4.17 goals per game) with 11 of them coming from IFK Värnamo. That sort of pattern might not be continued into this next game, though.

Taking a look at their past results, IFK Värnamo:

In the course of their 6 previous matches, Joakim Persson's Varbergs BoIS have fired home 10 times thus giving them the goals per game average of 1.67.

Their prior results show that Varbergs BoIS:

Checking out their prior head to head duels stretching back to 05/11/2016, neither club has come out on top overall with IFK Värnamo winning 2 of those games, Varbergs BoIS 2 and 2 being draws after 90 minutes of play.

A combined total of 17 goals were yielded between them throughout the course of those matches, with 10 of them from Värnamo and 7 for Varbergs. The average number of goals per game works out to 2.83.

The previous league match featuring the two was Allsvenskan match day 12 on 03/07/2022 when the final score was Varbergs BoIS 3-0 IFK Värnamo.

On the other side, IFK Värnamo got 23 shots at goal with 4 on target.

The IFK Värnamo manager Kim Hellberg has a full complement, with no fitness worries to speak of ahead of this game thanks to a fully injury-free squad available to choose from.

Due to a fully healthy group to choose from, the Varbergs BoIS boss Joakim Persson doesn’t have any fitness worries whatsoever before this clash.

We’re of the view that Varbergs BoIS could well find it tough to hit the back of the net against this IFK Värnamo outfit who we reckon should get the win and a maybe even keep a clean sheet as well.

We’re therefore tipping a very even match with a 1-0 winning margin for IFK Värnamo at the end of the 90 minutes. 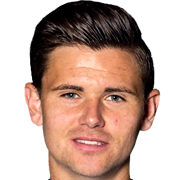 Regularly played in the Striker position, Marcus Antonsson was born in Unnaryd, Sweden. After making a first senior appearance for Halmstads BK in the 2010 season, the talented Forward has got 17 league goals in the Allsvenskan 2022 season so far from a total of 22 appearances.

While we have made these predictions for IFK Värnamo v Varbergs BoIS for this match preview with the best of intentions, no profits are guaranteed. Always gamble responsibly, and with what you can afford to lose. Good luck with your selections.