Return to this page a few days before the scheduled game when this expired prediction will be updated with our full preview and tips for the next match between these teams.
Full-Time Result Prediction for Inverness C.T. vs Cove Rangers
Inverness C.T. to Win

It’s likely that Cove Rangers may well find it hard to put one past a Inverness C.T. lineup who certainly have the ability to dominate this match. We think that it’s going to be a very comprehensive 3-0 victory for Inverness C.T. when the referee blows the final whistle. All Inverness C.T. v Cove Rangers match predictions, user poll and stats are shown below - along with the latest match odds. 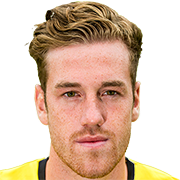 Customarily playing in the Striker position, Jordan White was born in Bellshill, Scotland. Having played his first senior match for Clyde in the 2009 - 2010 season, the goalscoring Forward has managed 7 league goals in the Championship 2018 - 2019 campaign so far in a total of 36 appearances.

While we have made these predictions for Inverness C.T. v Cove Rangers for this match preview with the best of intentions, no profits are guaranteed. Always gamble responsibly, and with what you can afford to lose. Best of luck.