Jong Ajax take on visiting side Roda JC Kerkrade at Sportpark De Toekomst in this Eerste Divisie clash on Monday.

For all of our match predictions, pre-game poll and statistics for Jong Ajax v Roda JC Kerkrade, scroll down - plus the latest match odds.

Jong Ajax will be looking to improve on their last outing here after the 3-0 Eerste Divisie defeat last time out to De Graafschap.

Fixtures with Jong Ajax have usually been entertaining ones of late with plenty of scoring being a real hallmark. Over their past six clashes, the sum of 22 goals have been recorded for both teams combined (at an average of 3.67 goals per game) with 9 of them being chalked up by Jong Ajax. Such a pattern won’t necessarily be sustained into this match, of course.

Their prior results show that Jong Ajax:

In their previous game, Roda JC Kerkrade drew 1-1 in the Eerste Divisie match with FC Oss.

The only scorer from Roda JC Kerkrade was Romano Postema (95'). Richonell Margaret (3') was the scorer for FC Oss.

The stats tell the story, and Roda JC Kerkrade have been scored against in 5 of their last 6 games, seeing their opponents hit 8 goals overall. Defensively, Roda JC Kerkrade can certainly do much better.

Checking out their prior head to head meetings going back to 09/12/2019, there has been little to separate the clubs with Jong Ajax winning 2 of those games, Roda JC Kerkrade 2 and 2 being drawn in normal time.

In all, 18 goals were shared by the two clubs in this period, with 8 of them from Jong Ajax and 10 created by De Koempels. The average goals per game has been 3.

The previous league contest between these sides was Eerste Divisie match day 2 on 12/08/2022 when it finished Roda JC Kerkrade 1-0 Jong Ajax.

The Jong Ajax boss John Heitinga has no fitness concerns whatsoever ahead of this match owing to a completely healthy group available for selection.

Due to a fully injury-free squad to pick from, the Roda JC Kerkrade boss does not have any fitness worries to report coming into this game.

We’re of the opinion that Roda JC Kerkrade and Jong Ajax could both end up scoring at least one each in what appears to be a good match-up, with little separating the two teams.

Shouldn’t be much in it, and there should be goals with a draw being quite a realistic outcome. We’re therefore tipping a very even match with a 2-2 draw after 90 minutes. 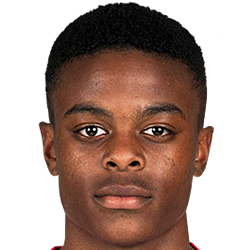 Typically played in the Striker position, Sontje Hansen was born in Hoorn, Netherlands. After making a first senior appearance for Jong Ajax in the 2019 - 2020 season, the skilful Forward has scored 4 league goals in the Eerste Divisie 2022 - 2023 season so far from a total of 16 appearances.

We have made these Jong Ajax v Roda JC Kerkrade predictions for this match preview with the best intentions, but no profits are guaranteed. Please always gamble responsibly, only with money that you can afford to lose.