Östers IF
Jönköpings Södra IF
0 - 0

Östers IF vs Jönköpings Södra IF Live Stream, Predictions

View all of the Östers IF v Jönköpings Södra IF predictions, poll and stats below (including the best match odds).

Östers IF will be wanting a better result here following a 2-0 Superettan defeat last time out to IFK Värnamo.

In that game, Östers IF managed 55% possession and 7 shots at goal with 3 on target. On the other side, IFK Värnamo got 4 attempts on goal with 2 of them on target. Christian Moses (48') and Joel Stevens (90') scored for IFK Värnamo.

Fewer than three goals per match were scored during 5 of the last 6 meetings where Östers IF have been participants. With regard to the goal attribution during that period, opposing sides scored an aggregate of 5 while Östers got themselves 3.

Going into this game, the form guide shows that Östers IF:

Jönköpings Södra IF will go into the match after a 2-3 Superettan win in the defeat of Falkenbergs FF in their most recent fixture.

In the course of their six previous matches, Patric Jildefalk's Jönköpings Södra IF have seen their goal attempts be successful a total of 13 times - giving them the goals per game average of 2.17.

Analysis of their past results shows that Jönköpings Södra IF:

Checking on their prior head to head meetings dating back to 22/04/2018 shows that Östers IF have won 1 of these and Jönköpings Södra IF 4, with the tally of drawn matches standing at 1.

In all, 14 goals were produced between them throughout the course of those matches, with 3 of them for Östers and 11 coming from J-Södra. That’s an average goals per game figure of 2.33.

The previous league match between these clubs was Superettan match day 19 on 19/09/2020 when it ended Jönköpings Södra IF 4-1 Östers IF.

Östers IF manager Denis Velic has a full complement, with no fitness worries to speak of coming into this clash with a fully injury-free squad ready to go.

Due to a completely injury-free group to pick from, Jönköpings Södra IF boss Patric Jildefalk does not have any fitness worries to report ahead of this game.

In our view, Jönköpings Södra IF and Östers IF could both well score here although it’s hard to see a clear-cut winner.

Will be interesting to see how this one goes, with a good chance of a draw. We therefore see a very even match with a 1-1 score at the end of the 90. 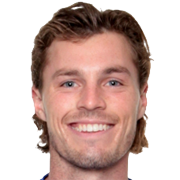 Regularly playing in the Striker position, Nicolas Mortensen was born in Denmark. Having played his first senior match for Fremad Amager in the 2016 - 2017 season, the goalscoring Forward has scored 3 league goals in the Superettan 2021 season to date coming from a total of 11 appearances.

We have made these Östers IF v Jönköpings Södra IF predictions for this match preview with the best intentions, but no profits are guaranteed. Please always gamble responsibly, only with money that you can afford to lose. Good luck!