Our Shimizu S-Pulse v Kashima Antlers predictions, statistics and match poll can be seen below (inc. the best betting odds).

Shimizu S-Pulse won’t want a repeat of their last result here after a 4-1 J1 League loss in their previous game against Sanfrecce Hiroshima.

The only name on the scoresheet from Shimizu S-Pulse was Carlinhos (90'). Ezequiel (31'), Douglas Vieira (72'), Leandro Pereira (81') and Yoshifumi Kashiwa (88') scored for Sanfrecce Hiroshima.

Their more recent scorelines reveal that things desperately need to get better in the Shimizu S-Pulse rearguard. Shimizu have seen an unacceptable 18 goals fly into the back of their net during the period covering their last six outings.

Taking a look at their past results, Shimizu S-Pulse:

Kashima Antlers come into this encounter following on from a 2-1 J1 League win to beat Vegalta Sendai in their previous game.

For Kashima Antlers, the goals were scored by Everaldo Stum (45') and Ayase Ueda (83'). Shun Nagasawa (87') was the scorer for Vegalta Sendai.

The stats tell the story, and Kashima Antlers have been scored against in 6 of their last 6 games, conceding 7 goals in total. At the back, Antlers have not been doing too well. Despite that, we will just have to wait and see if the trend shall continue on here in this game or not.

Their prior results show that Kashima Antlers:

An examination of their past head to head results going back to 18/03/2017 shows that these encounters have been pretty painful for Shimizu S-Pulse. They’ve not managed to come away with any wins whatsoever whereas Kashima Antlers have just been too good for them, getting wins in 83 per cent of those match-ups.

A total of 15 goals were produced between them in these games, with 2 from Shimizu and 13 created by Antlers. That is an average goals per game value of 2.5.

The last league contest featuring these clubs was J1 League match day 25 on 01/09/2019 which finished with the scoreline of Shimizu S-Pulse 0-4 Kashima Antlers.

Naoya Fukumori (Ankle Surgery) and Hideki Ishige (Hamstring Injury) will not be able to play for Shimizu boss Peter Cklamovski.

Out of a mainly healthy group of players, there is only the lone fitness worry for the Kashima Antlers manager Antônio Zago to be concerned with. Rikuto Hirose (Biceps femoris muscle injury) misses out for this game.

For this match, we think that Shimizu S-Pulse certainly have the ability to score a goal against this Kashima Antlers lineup, but one goal probably won’t be enough to give them the result that they want.

Therefore, we think that it’s going to be both teams to score in a 1-2 win for Kashima Antlers when the full-time whistle blows. We’ll have to see what happens. 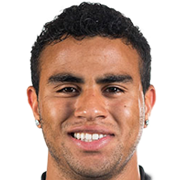 Mostly deployed in the Striker position, Carlinhos was born in Rio de Janeiro, Brazil. Having made a first senior appearance for Lugano in the 2016 - 2017 season, the talented Forward has scored a sum of 4 league goals in this J1 League 2020 campaign so far in 13 appearances.

While we have made these predictions for Shimizu S-Pulse v Kashima Antlers for this match preview with the best of intentions, no profits are guaranteed. Always gamble responsibly, and with what you can afford to lose. Best of luck with your selections.