Return to this page a few days before the scheduled game when this expired prediction will be updated with our full preview and tips for the next match between these teams.
Full-Time Result Prediction
👉
Kashiwa Reysol to Win

All Kashiwa Reysol v Sagan Tosu game predictions, stats and user poll are shown below - as well as the best betting odds.

Kashiwa Reysol will play in this match following on from a 0-0 J1 League drawn match versus Shimizu S-Pulse.

It’s been all too rare in recent times that Kashiwa Reysol haven’t conceded. The reality is that Reysol have seen their defence breached in 5 of their previous 6 matches, leaking 10 goals during that time.

Heading into this fixture, Kashiwa Reysol have not emerged victorious against Sagan Tosu in their last 2 league matches.

The only player to score from Sagan Tosu was Tiago Alves (55'). Jay Bothroyd (63') was the scorer for Consadole Sapporo.

A run of reliable showings from the Sagan Tosu defence has seen their ‘goals against’ tally amounting to 4 from their previous 6 clashes overall. In that time, the number of goals that they have scored themselves amounts to 7. We shall soon see whether or not that trend will end up being continued on into this next match.

Going into this game, the form guide shows that Sagan Tosu:

Checking out their prior head to head duels going back to 22/10/2016, there has been little to separate the clubs with Kashiwa Reysol winning 2 of those games, Sagan Tosu 2 and 2 being drawn in regulation time.

In all, 17 goals were produced between them in this period, with 9 of them from Reysol and 8 belonging to Sagan Tosu. That’s an average goals per game figure of 2.83.

The referee was Yudai Yamamoto.

In an otherwise healthy squad, there is just the lone fitness worry for the Sagan Tosu boss Myung-Hwi Kim to be concerned with. Hideto Takahashi (Elbow Injury) misses out for this game.

For this match, we think that Kashiwa Reysol are likely to have the majority of the possession and should be able to turn a few of their chances into goals.

Conversely, Sagan Tosu may well find it hard to score themselves but do we see them converting at least once.

We’re therefore expecting to see a comfortable 3-1 margin for Kashiwa Reysol at the end of the 90 minutes. 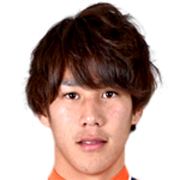 Regularly playing in the Central Attacking Midfielder position, Ataru Esaka was born in Japan. After having made a senior debut playing for Thespa Kusatsu in the 2015 season, the talented Midfielder has scored a sum of 9 league goals in this J1 League 2020 campaign to date coming from a total of 25 appearances.

While we have made these predictions for Kashiwa Reysol v Sagan Tosu for this match preview with the best of intentions, no profits are guaranteed. Always gamble responsibly, and with what you can afford to lose. Good luck!