Our Kawasaki Frontale v Nagoya Grampus predictions, statistics and match poll can be seen below - plus the latest match odds.

Kawasaki Frontale, who won their previous game, will hope for a similar result following the 0-4 J1 League victory versus Nagoya Grampus.

In that match, Kawasaki Frontale had 51% possession and 15 attempts at goal with 8 of them on target. For Kawasaki Frontale, the goalscorers were Reo Hatate (3'), Leandro Damião (11', 23') and Daiya Tono (84'). For their opponents, Nagoya Grampus had 7 shots on goal with 2 on target.

Their more recent scorelines highlight the fact that things are going according to plan in the Kawasaki Frontale backline. Frontale have given the opposition little, resulting in the total number of goals that have flown into the back of their net during their past six matches standing at 4. That kind of pattern might not be sustained here, however.

A tendency of at least one side getting a clean sheet in games involving Nagoya Grampus has been fairly consistent in recent matches. Examining their last six meetings reveals that it has occurred 5 times. In those clashes, their opponents have managed a goal aggregate of 6 while N. Grampus have scored 7.

Their past results show that Nagoya Grampus:

An examination of their prior head-to-head meetings stretching back to 22/09/2018 shows that Kawasaki Frontale have won 3 of them & Nagoya Grampus 2, with the tally of draws standing at 1.

An aggregate of 17 goals were yielded between them in this period, with 11 of them from Frontale and 6 created by N. Grampus. The average goals per game has been 2.83.

The last league contest between these sides was J1 League match day 22 on 29/04/2021 which finished with the scoreline of Nagoya Grampus 0-4 Kawasaki Frontale.

That time, Nagoya Grampus had 49% possession and 7 shots at goal with 2 of them on target.

Owing to an otherwise healthy squad, there’s only a single fitness problem for the Nagoya Grampus boss Massimo Ficcadenti to be concerned with. Mu Kanazaki (Cruciate Ligament Injury) won’t be playing here.

In our opinion, Kawasaki Frontale can get the win and a possible clean sheet when they meet Nagoya Grampus, who might well find it a difficult task to break down their defence.

We’re therefore anticipating a comfortable 2-0 margin for Kawasaki Frontale at the end of the match. 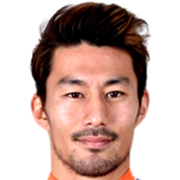 Normally played in the Right Attacking Midfielder position, Akihiro Ienaga was born in Hyogo, Japan. After having made a senior debut playing for Gamba Osaka in the 2004 season, the gifted Midfielder has scored 6 league goals in this J1 League 2021 season to date in a total of 12 appearances.

We have made these Kawasaki Frontale v Nagoya Grampus predictions for this match preview with the best intentions, but no profits are guaranteed. Please always gamble responsibly, only with money that you can afford to lose. Best of luck with your selections.