Return to this page a few days before the scheduled game when this expired prediction will be updated with our full preview and tips for the next match between these teams.
Full-Time Result Prediction
👉
Maidenhead United to Win

King's Lynn Town will host visiting rivals Maidenhead United at The Walks in this National League tie on Saturday.

View all King's Lynn Town v Maidenhead United tips, stats and our pre-match poll below - along with the latest match odds.

King's Lynn Town will be looking for an improved result here after a 0-4 National League loss in their previous game against Stockport County.

Their more recent scorelines reveal that quality has been lacking in the King's Lynn Town defence. King's Lynn have seen an unforgivable 18 goals go in at the wrong end of the pitch during the period covering their previous six outings.

Going into this one, King's Lynn Town are without a home win in the past 3 matches in the league.

Following on from a loss in their previous game against Weymouth in National League competition, Maidenhead United will be hoping to turn things around here.

Calvin Brooks (30') was the scorer for Weymouth.

During their six latest matches, Alan Devonshire's Maidenhead United have seen their efforts on goal rewarded a total of 10 times thus earning them a goals per game average of 1.67.

Going into this contest, Maidenhead United are unbeaten in their previous 2 league matches away from home.

Almost everyone can be considered, as there’s just a single fitness concern for the King's Lynn Town boss Ian Culverhouse to contend with thanks to an otherwise robust group. Aaron Jones (Achilles tendon rupture) is out of contention.

Thanks to a completely healthy squad available to choose from, Maidenhead United boss Alan Devonshire doesn’t have any fitness worries to speak of ahead of this match. Nana Ofori-Twumasi will not be able to play in this game through being suspended.

We’re inclined to think that King's Lynn Town will have to work hard as a team to break down this Maidenhead United lineup who we think will be able to get on the scoresheet themselves in a winning performance.

That’s why our selection here is for a hard-fought contest, finishing with a 0-1 winning score for Maidenhead United at the end of the 90. 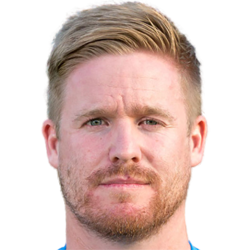 Typically played in the Striker position, Michael Gash was born in Rinteln, Germany. After making a first senior appearance for Cambridge United in the 2006 - 2007 season, the dangerous Forward has managed to score 5 league goals in the National League 2020 - 2021 season to date coming from a total of 22 appearances.

We have made these King's Lynn Town v Maidenhead United predictions for this match preview with the best intentions, but no profits are guaranteed. Please always gamble responsibly, only with money that you can afford to lose.