Solihull Moors head to The Walks on Saturday for the National League clash with hosts King's Lynn Town.

Scroll down for all of our predictions, poll and stats for the King's Lynn Town v Solihull Moors game including the latest game odds.

King's Lynn Town head into this fixture coming off the back of a 1-1 National League stalemate vs Barnet.

The only name on the scoresheet from King's Lynn Town was Michael Clunan (22'). Joe Widdowson (4') was the scorer for Barnet.

In their previous fixture, Solihull Moors drew 0-0 in the National League match with Wealdstone.

During their six most recent matches, Neal Ardley's Solihull Moors have turned their attacks into goals 8 times, earning them a goals per game average of 1.33.

The last league encounter between these sides was National League match day 43 on 25/05/2021 when the final score was King's Lynn Town 1-1 Solihull Moors.

The referee was Alan Dale.

The King's Lynn Town manager Ian Culverhouse will be thankful to have no fitness concerns whatsoever ahead of this game owing to a completely injury-free squad to pick from.

Thanks to a completely healthy group to choose from, the Solihull Moors boss Neal Ardley has zero fitness worries at all before this match.

Our feeling is that King's Lynn Town will need to apply a lot of pressure to hit the back of the net against this Solihull Moors lineup who should just have the edge.

With that in mind, we reckon that it will be a very competitive encounter with a 0-1 winning margin for Solihull Moors when the referee blows for full-time. 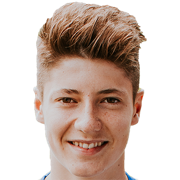 Regularly playing in the Centre Midfield position, Brett McGavin was born in Bury St Edmunds, England. After making a first senior appearance for King's Lynn Town in the 2021 - 2022 season, the dangerous Midfielder has scored a sum of 2 league goals in the National League 2021 - 2022 season to date in 7 appearances.

While we have made these predictions for King's Lynn Town v Solihull Moors for this match preview with the best of intentions, no profits are guaranteed. Always gamble responsibly, and with what you can afford to lose.