Kolding IF play host to visiting side Skive IK at Autocentralen Park in this 1. division tie on Tuesday.

Our Kolding IF v Skive IK tips, poll and stats can be seen in full below (including the best match odds).

Kolding IF head into this game after a 2-2 1. division tied result versus Vendsyssel FF.

It’s been a rare occasion in recent games where Kolding IF have managed to hold out for a full 90 minutes. It will be a concern for them that Kolding have failed to prevent opponents from scoring in 6 of their previous 6 games, letting in 9 goals along the way. Let’s find out whether or not that trend can be sustained into this next match.

Heading into this fixture, Kolding IF have not won at home in their last 2 league games.

Skive IK come into this game following on from a 2-0 1. division win to beat Næstved in their last outing.

Thomas Røll Larsen's Skive IK have had reason to celebrate scoring a total of 8 times in the course of their most recent sextet of matches. The number of goals that have been scored against them during that same period adds up to 7.

Coming into this contest, Skive IK are undefeated in their previous 3 away league matches.

Kolding IF manager Anders Jensen will be happy not to have any fitness concerns to speak of before this game thanks to a completely injury-free squad ready to go. The players who will not be able to play in this game through being suspended are Morten Hansen and Mike Vestergaard.

In our view, Skive IK would be disappointed if they were not to get a goal against this Kolding IF outfit, although it might not quite be enough to avoid a loss.

We think that it’s going to be a narrow 2-1 advantage for Kolding IF at the end of the 90 minutes. Looking forward to this. 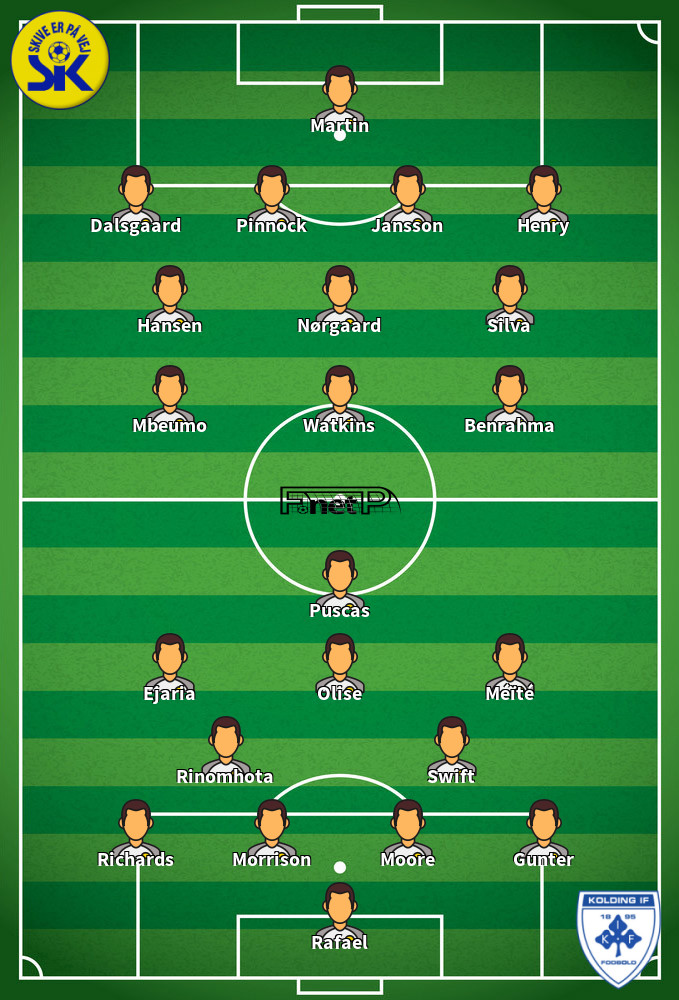 While we have made these predictions for Kolding IF v Skive IK for this match preview with the best of intentions, no profits are guaranteed. Always gamble responsibly, and with what you can afford to lose.