Return to this page a few days before the scheduled game when this expired prediction will be updated with our full preview and tips for the next match between these teams.
Full-Time Result Prediction for Larissa vs PAOK
PAOK to Win
PAOK head to AEL FC Arena on Saturday for the Super League fixture with hosts Larissa.

In this match, PAOK will, in all probability, be in control for long periods of time and should be able to convert a few of their chances. However, Larissa won’t find it easy scoring goals although we think that they will probably end up scoring as well. Therefore, we are anticipating a 1-3 margin for PAOK at full-time. Our Larissa v PAOK predictions, statistics and match poll can be seen below - as well as up-to-date odds.

Their past results show that Larissa: 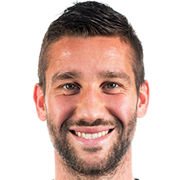 Mostly playing in the Central Attacking Midfielder position, Radomir Milosavljević was born in Ćuprija, Serbia. After having made a senior debut playing for Lugano in the 2017 - 2018 season, the skilful Midfielder has netted 5 league goals in the Super League 2019 - 2020 campaign to date coming from a total of 22 appearances.

We have made these Larissa v PAOK predictions for this match preview with the best intentions, but no profits are guaranteed. Please always gamble responsibly, only with money that you can afford to lose. We wish you the best of luck.