Return to this page a few days before the scheduled game when this expired prediction will be updated with our full preview and tips for the next match between these teams.
Full-Time Result Prediction
👉
D.C. United to Win

D.C. United are in action against Nashville in Saturday’s MLS fixture.

Scroll down for all of our predictions, poll and stats for the D.C. United v Nashville game (inc. the best betting odds).

D.C. United will be looking to improve on their last outing here following the 1-0 MLS losing effort in their last game against Chicago Fire.

It has been all too rare in recent times where D.C. United have managed to hold out for a full 90 minutes. In fact, D.C. United have been scored against in 6 of their previous 6 matches, leaking 14 goals in the process. We will just have to see whether or not that trend will end up being sustained in this game.

Following on from suffering a loss in their previous game against Sporting Kansas City in MLS competition, Nashville and their fans will hope to get a better result this time.

Nashville have had no problems opening up opposition defences in their most recent fixtures, scoring 10 times in their last 6 matches. While their manager Gary Smith will no doubt take that as a positive sign, Nashville have been somewhat leaky at the back, having also been scored against in 5 of those same outings.

The last league contest between these sides was MLS match day 39 on 16/10/2021 which finished with the scoreline of D.C. United 0-0 Nashville.

That time, D.C. United managed 53% possession and 13 attempts on goal with 5 on target.

For their opponents, Nashville had 6 attempts at goal with 2 on target.

The referee was Ismail Elfath.

The D.C. United manager Chad Ashton has zero fitness worries at all before this game with a fully healthy group available for selection.

With a completely healthy squad ready to go, the Nashville manager Gary Smith has no fitness concerns to speak of ahead of this game.

We envisage that Nashville are dangerous enough to breach the defence of this D.C. United lineup, although it probably won’t be as many as the goals that they could concede.

We’re going for a narrow 2-1 winning score for D.C. United after 90 minutes. It really should be an interesting one. 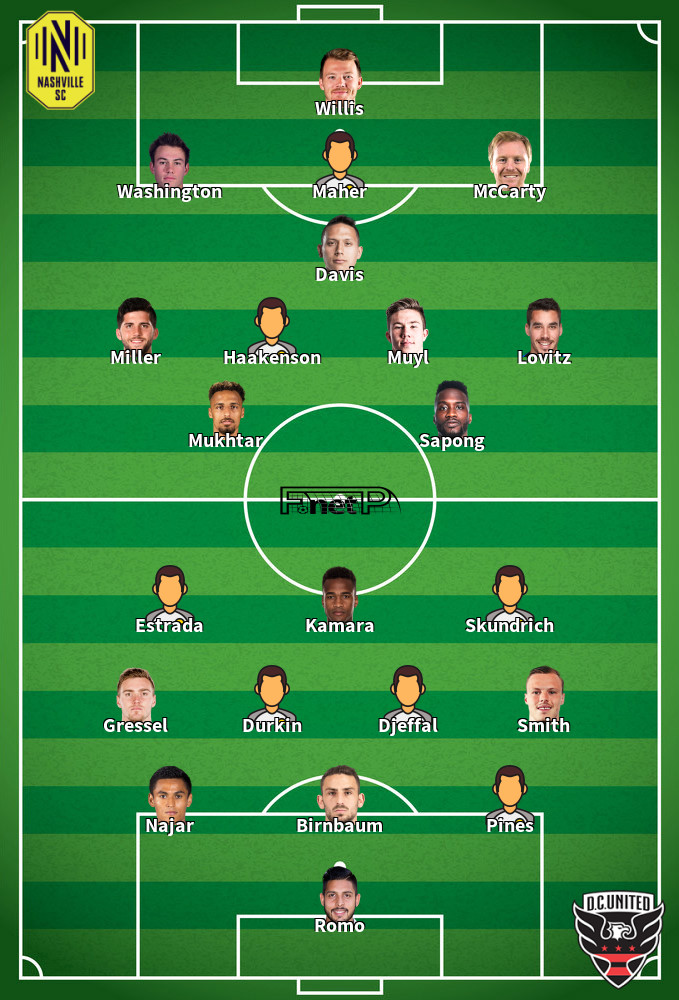 While we have made these predictions for D.C. United v Nashville for this match preview with the best of intentions, no profits are guaranteed. Always gamble responsibly, and with what you can afford to lose. Best of luck.