Raków Częstochowa are going up against visiting opponents Lech Poznań at Miejski Stadion Piłkarski in the Ekstraklasa clash on Sunday.

Our Raków Częstochowa v Lech Poznań predictions, statistics and match poll can be seen below - as well as up-to-date odds.

Over their past 6 games, Marek Papszun's Raków Częstochowa have hit the target a combined total of 5 times - an average number of goals scored per match of 0.83.

Going into this encounter, Raków Częstochowa are unbeaten in the league by Lech Poznań in their previous 2 matches.

In their previous game, Lech Poznań drew 1-1 in the Ekstraklasa tie with Pogon Szczecin.

A sequence of reliable performances from the Lech Poznań defenders has seen their ‘goals against’ tally standing at 3 from their past 6 outings combined. During the same period, their own attack force has managed to score 11. We will find out whether or not that trend will end up being sustained here.

The last league fixture featuring these clubs was Ekstraklasa match day 25 on 17/04/2021 which finished with the scoreline of Raków Częstochowa 3-1 Lech Poznań.

In that match, Raków Częstochowa managed 41% possession and 7 shots at goal with 6 of them on target. Goals were scored by Fran Tudor (10'), Kamil Piątkowski (29') and Marcin Cebula (56').

Lech Poznań got 8 attempts at goal with 3 on target. Mikael Ishak (49') was the scorer.

The match was refereed by Daniel Stefański.

The Raków Częstochowa boss Marek Papszun has zero fitness concerns at all ahead of this match thanks to a completely healthy squad available to select from.

Due to a fully injury-free squad ready to go, the Lech Poznań manager Maciej Skorża has no fitness concerns whatsoever ahead of this game.

We’ve got the feeling that Lech Poznań and Raków Częstochowa could find scoring goals difficult here.

We therefore think that it’s going to be a very competitive game with a 0-0 scoreline at the end of the match. 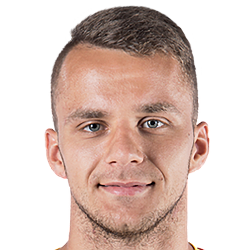 Usually used in the Centre Midfield position, Marcin Cebula was born in Poland. After making a first senior appearance for Korona Kielce in the 2012 - 2013 season, the dangerous Midfielder has managed to score 2 league goals in the Ekstraklasa 2021 - 2022 season so far in a total of 4 appearances.

We have made these Raków Częstochowa v Lech Poznań predictions for this match preview with the best intentions, but no profits are guaranteed. Please always gamble responsibly, only with money that you can afford to lose. We wish you the best of luck.