Our full set of predictions, statistics and match poll for Stevenage v Leyton Orient can be seen below - along with the latest match odds.

The only scorer from Stevenage was Carl Piergianni (60'). Luke Armstrong (77') scored for Harrogate Town.

In their prior 6 fixtures, Steve Evans's Stevenage have managed to score a total of 7 times resulting in an average number of goals per match equal to 1.17.

Analysis of their past results shows that Stevenage:

In their last game, Leyton Orient drew 0-0 in the League Two match with Barrow.

In 6 of the prior 6 clashes involving Leyton Orient, a relatively low number of goals have gone in between them and opposing sides. The overall average goals scored per game during that spell is a mere 0.67, with the average goals for The O's equalling 0.5. Still, we’ll just have to find out whether the trend might persist in this next game.

Leading up to this clash, Leyton Orient:

Looking at their past head-to-head meetings stretching back to 01/02/2020 shows that Stevenage have won 0 of these and Leyton Orient 2, with the tally of draws being 4.

A total of 9 goals were yielded between them in these games, with 2 from Boro and 7 netted by The O's. This gives an average number of goals per game equal to 1.5.

The previous league fixture featuring these sides was League Two match day 23 on 27/12/2022 which finished with the scoreline of Leyton Orient 0-0 Stevenage.

The Stevenage boss Steve Evans will be grateful to have no fitness worries at all coming into this clash with a completely healthy group available to choose from.

Thanks to a completely healthy squad to pick from, the Leyton Orient boss Richie Wellens does not have any fitness concerns to speak of ahead of this game.

We think that Leyton Orient could well find it tough to hit the back of the net against this Stevenage lineup who we reckon will score one, at least.

We’re therefore expecting a very competitive game with a 1-0 winning score for Stevenage at the end of this game. 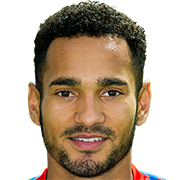 Usually taking up the Left Wing position, Jordan Roberts was born in England. After having played his first senior match for Aldershot Town in the 2011 - 2012 season, the skilful Forward has contributed 6 league goals in the League Two 2022 - 2023 campaign to date coming from a total of 22 appearances.

While we have made these predictions for Stevenage v Leyton Orient for this match preview with the best of intentions, no profits are guaranteed. Always gamble responsibly, and with what you can afford to lose. We wish you the best of luck.