This big Conference League Qualifiers meeting will see Antwerp facing off with Lillestrøm SK on Thursday.

All of our predictions, stats and the user poll for Antwerp v Lillestrøm SK are shown below (including the best match odds).

Antwerp, buoyed by their previous result, will be hoping for more of the same after the 4-2 First Division A success versus Oud-Heverlee Leuven.

In that game, Antwerp managed 56% possession and 17 shots at goal with 4 of them on target. For Antwerp, the goals were scored by Radja Nainggolan (38'), Michael Frey (40') and Michel-Ange Balikwisha (71', 82'). For their opponents, Oud-Heverlee Leuven had 8 attempts on goal with 4 of them on target. Nachon Nsingi (27') and Louis Patris (55') scored for Oud-Heverlee Leuven.

Their latest results highlight the fact that much solidity has been shown by the Antwerp backline. Antwerp have been miserly, seeing the number of goals that have gone in at their end over the course of their previous six clashes standing at 3. That sort of trend isn’t assured to be sustained into this match, however.

In their previous fixture, Lillestrøm SK drew 1-1 in the Eliteserien tie with Tromsø IL.

Over the course of their last 6 clashes, Lillestrøm SK have helped themselves to a total of 12 goals. Lillestrøm SK have also managed to score on each one of those occasions. Over that period, they have had 7 goals go against them.

Availability isn’t a big problem, with just the sole fitness concern for the Antwerp gaffer Mark van Bommel to contend with thanks to an otherwise robust squad. Björn Engels (Hamstring Injury) is sidelined.

From a largely available group of players, there’s only the lone fitness worry for the Lillestrøm SK manager Geir Bakke to contend with. Frederik Holst (Ankle Fracture) won’t be in action.

We’re of the opinion that Antwerp will probably have the majority of the possession and should be able to turn a few of their chances into goals.

Conversely, Lillestrøm SK could well struggle to score a goal of their own but we do think that it’s more than likely that they will be scoring as well.

We therefore think that it’s going to be a pretty comfortable 3-1 winning margin for Antwerp at full-time. 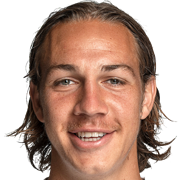 Regularly played in the Striker position, Michael Frey was born in Münsingen, Switzerland. After having made a senior debut playing for BSC Young Boys in the 2011 - 2012 season, the talented Forward has hit 2 league goals in the First Division A 2022 - 2023 campaign to date in 2 appearances.

While we have made these predictions for Antwerp v Lillestrøm SK for this match preview with the best of intentions, no profits are guaranteed. Always gamble responsibly, and with what you can afford to lose. Good luck with your selections.