Ljungskile SK are the guests at Gamla Ullevi on Friday for the Superettan showdown with home side Orgryte.

To see all of our predictions, user poll & stats for Orgryte v Ljungskile SK, scroll down (inc. the best betting odds).

Orgryte will want to continue from where they left off last time out with a 2-0 Superettan triumph over Norrby IF.

The only player to score from Orgryte was Aílton Almeida (55').

Over their preceding 6 games, Keith Millen's Orgryte have scored a total of 8 times which gives them an average number of goals per match equal to 1.33.

Leading up to this clash, Orgryte:

Ljungskile SK will come into the meeting following on from a 2-1 Superettan win against Akropolis IF in their previous match.

The only scorer from Ljungskile SK was Jesper Westermark (20', 56'). Mattias Bouvin (2') was the scorer for Akropolis IF.

The stats tell the story, and Ljungskile SK have been scored against in 6 of their last 6 matches, letting opponents get 14 goals in all. At the back, LSK have some weaknesses to address.

Heading into this fixture, Ljungskile SK haven’t won away from home in the past 9 matches in the league. Their travelling support will be needed here, for sure.

A glance at their prior head to head meetings dating back to 01/08/2010 shows us that Orgryte have won 3 of these & Ljungskile SK 1, with the number of draws standing at 2.

A combined sum of 15 goals were yielded between them in these games, with 9 of them from Sällskapet and 6 created by LSK. That is an average goals per game value of 2.5.

The previous league game between these clubs was Superettan match day 1 on 17/06/2020 when it ended Ljungskile SK 2-3 Orgryte.

Orgryte boss Keith Millen has zero fitness concerns at all coming into this clash owing to a completely injury-free group available to choose from.

Thanks to a completely healthy squad available for selection, Ljungskile SK manager Jörgen Wålemark does not have any fitness concerns to report ahead of this match.

We’re of the opinion that Orgryte will most probably score a couple of goals when they come up against Ljungskile SK, who will not find it easy getting on the scoresheet.

Our tip is for a 2-0 winning margin for Orgryte when all’s said and done.

Over/Under 2.5 Goals Prediction for Orgryte vs Ljungskile SK
Under 2.5 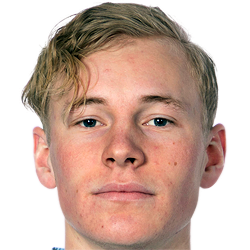 Mostly deployed in the Striker position, Adam Bergmark Wiberg was born in Sweden. Having played his first senior match for Gefle IF in the 2017 season, the gifted Forward has managed 2 league goals in the Superettan 2020 season so far in a total of 15 appearances.

While we have made these predictions for Orgryte v Ljungskile SK for this match preview with the best of intentions, no profits are guaranteed. Always gamble responsibly, and with what you can afford to lose. Good luck if you do place a bet today.