Logroñés will be hosting the visiting Tenerife at Estadio Municipal de Las Gaunas in this La Liga 2 clash on Saturday.

Our predictions, user poll and statistics for Logroñés v Tenerife can be found here (inc. the best betting odds).

Logroñés prepare for this match coming off the back of a 2-2 La Liga 2 stalemate against Ponferradina.

Logroñés haven’t made the most of their chances in recent times. Their ‘goals for’ figure equals just 4 against opponents over their last 6 fixtures. In those games, Logroñés have also seen the tally of goals against them total 10. Such a trend isn’t assured to follow through into this match, however.

Coming into this fixture, Logroñés have not won at home in their last 5 league matches. Their fans aren't happy.

The stats tell the story, and Tenerife have been scored against in 5 of their last 6 matches, seeing their opponents hit 5 goals overall. At the back, Tenerife have not been doing too well.

The previous league encounter featuring these sides was La Liga 2 match day 13 on 22/11/2020 which finished with the scoreline of Tenerife 0-1 Logroñés.

In that game, Tenerife managed 55% possession and 15 attempts on goal with 4 on target.

Logroñés boss Sergio Rodríguez will be grateful not to have any fitness worries to speak of before this clash thanks to a completely healthy squad available to select from.

In our opinion, Logroñés will have their work cut out to hit the back of the net against this Tenerife team who we reckon will score at least once to put them ahead.

We’re therefore anticipating a highly competitive game with a 0-1 winning margin for Tenerife at the conclusion of the game. 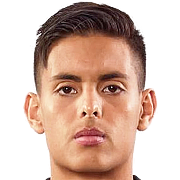 Mostly used in the Striker position, Leonardo Ruiz was born in Medellín, Colombia. After having played his first senior match for Boavista in the 2017 - 2018 season, the skilful Forward has managed to score 3 league goals in the LaLiga2 2020 - 2021 season so far coming from a total of 26 appearances.

While we have made these predictions for Logroñés v Tenerife for this match preview with the best of intentions, no profits are guaranteed. Always gamble responsibly, and with what you can afford to lose. Good luck!