Tambov will be at RZD Arena on Sunday for the Premier League game with home side Lokomotiv Moscow.

Our Lokomotiv Moscow v Tambov predictions, statistics and match poll can be seen below - plus the latest match odds.

Lokomotiv Moscow go into this game coming off the back of a 0-0 Premier League tied result versus FC Rostov.

Marko Nikolić's Lokomotiv Moscow have found the net a sum total of 5 times over their last six outings. At the other end, the number of goals that have been scored against them in those fixtures amounts to 6.

Coming into this contest, Lokomotiv Moscow are without a win at home for the past 2 matches in the league.

Tambov will go into this game following on from a 2-0 Premier League win over Ufa in their last game.

For Tambov, goals were scored by Aleksei Gritsayenko (42') and Mikhail Kostyukov (79').

During their 6 latest matches, Sergei Pervushin's Tambov have seen their efforts on goal rewarded 7 times thus giving them the goals scored per game average of 1.17.

Heading into this fixture, Tambov are without an away win for the past 5 matches in the league.

The last league meeting between the two was Premier League match day 17 on 22/11/2019 which ended up with the score at Tambov 2-3 Lokomotiv Moscow.

Thanks to a fully injury-free squad available for selection, Tambov boss Sergei Pervushin has no fitness concerns to report coming into this game.

We’re of the opinion that Lokomotiv Moscow will most probably get a lot of shots on goal and make them count.

At the same time, Tambov might well find it a difficult task to score themselves although we do think it’s probable that they will be converting at least once as well.

Both Teams to Score Prediction for Lokomotiv Moscow vs Tambov
Yes 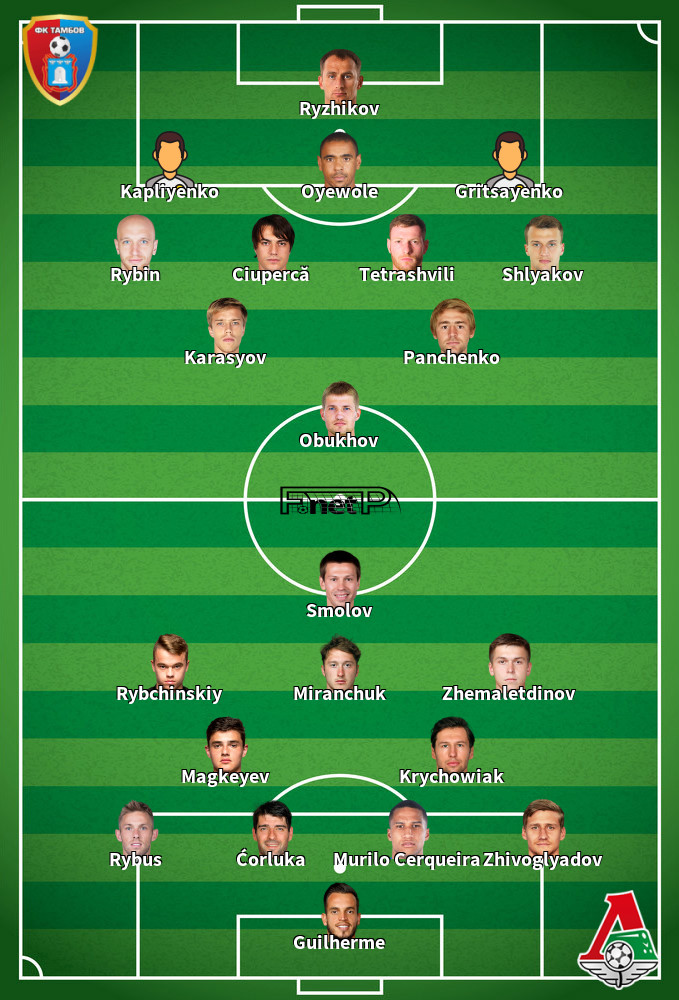 We have made these Lokomotiv Moscow v Tambov predictions for this match preview with the best intentions, but no profits are guaranteed. Please always gamble responsibly, only with money that you can afford to lose. We wish you the best of luck.