Lille will be at Stade des Costières on Saturday for the Ligue 1 meeting with home side Nîmes.

Full predictions, pre-match stats and user poll for Nîmes v Lille are shown on this page (plus the best game odds).

Nîmes will be hoping to return to winning ways here after a 5-0 Ligue 1 defeat in their last game at the hands of Strasbourg.

It has not been often in recent times that Nîmes have shown defensive steel. The facts show that Les Crocodiles have failed to prevent opponents from scoring in 6 of their previous 6 matches, letting in 17 goals in the process.

Leading up to this clash, Nîmes:

Following on from being beaten in their last game against Angers SCO in Ligue 1 competition, Lille will be aiming to make amends here.

Christophe Galtier's Lille have converted 10 times in the course of their most recent 6 matches. The overall goals that have been scored against them during those same clashes adds up to 8.

A glance at their most recent head-to-head meetings stretching back to 13/02/1999 tells us that Nîmes have won 1 of them and Lille 3, with the number of drawn matches being 2.

There were also plenty of goals scored in those games, 24 in all at an average of 4 goals per meeting.

On that occasion, Lille managed 65% possession and 18 attempts at goal with 7 of them on target. The goals were scored by Loïc Rémy (12') and Victor Osimhen (79').

The match was refereed by Mikael Lesage.

Owing to an otherwise healthy group, there’s only a single fitness issue for the Lille gaffer Christophe Galtier to contend with. Renato Sanches (Muscle Injury) misses out for this game.

When taking all factors into account, Nîmes have the capability to put a goal past this Lille side, although one goal may not be enough to prevent defeat.

We are therefore anticipating a 1-2 advantage for Lille at full-time. Should be a good one. 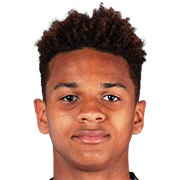 Mostly taking up the Central Defensive Midfielder position, Mattéo Ahlinvi was born in Arcachon, France. After having played his first senior match for Nîmes in the 2020 - 2021 season, the skilful Midfielder has struck 2 league goals in the Ligue 1 2020 - 2021 campaign so far from a total of 9 appearances.

We have made these Nîmes v Lille predictions for this match preview with the best intentions, but no profits are guaranteed. Please always gamble responsibly, only with money that you can afford to lose. Good luck if you do place a bet today.