FC Sion will face off against visiting rivals Lugano at Stade de Tourbillon in this Super League match on Sunday.

FC Sion will be wanting a better result here after a 2-7 Super League defeat last time out to St Gallen.

It’s been a rare occasion in recent games where FC Sion have shown defensive steel. The reality is that FC Sion have failed to prevent opponents from scoring in 5 of their previous 6 matches, leaking 11 goals in the process.

A look at their previous results shows us that FC Sion:

Lugano come into this match following on from a 3-1 Super League win to beat Winterthur in their most recent outing.

Showing their partiality to action-packed encounters, we’ve had goals 20 times in the previous six games in which Lugano have played, yielding an average of 3.33 goals per clash. Opposing teams have managed 10 of this grand total. In any event, time will tell whether that trend might persist in this match or not.

Coming into this meeting, Lugano have not won away from home in their last 4 league games.

Looking at the statistics for their head to head meetings stretching back to 15/05/2021, both clubs have shared the honours with FC Sion winning 3 of those games, Lugano 3 and 0 being draws in normal time.

There were also goals galore in those games, with 23 in total which averages out at 3.83 goals per match.

The last league game featuring the two was Super League match day 1 on 17/07/2022 which finished with the scoreline of Lugano 2-3 FC Sion.

The FC Sion manager Fabio Celestini will be happy not to have any fitness worries to speak of before this clash thanks to a fully injury-free squad available to select from. Nathanaël Saintini cannot play in this game through suspension.

We’re of the view that Lugano may find it difficult to hit the back of the net against this FC Sion side who we think might well manage to score & go ahead.

We’re going for a good battle with a 1-0 advantage for FC Sion at the end of the 90 minutes. 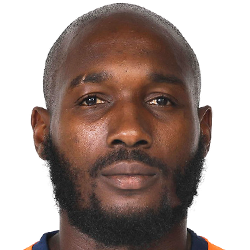 Customarily taking up the Right Wing position, Giovanni Sio was born in Saint-Sébastien-sur-Loire, France. Having made his senior debut playing for Real Sociedad in the 2008 - 2009 season, the skilful Forward has got 3 league goals in the Super League 2022 - 2023 campaign so far in 10 appearances.

We have made these FC Sion v Lugano predictions for this match preview with the best intentions, but no profits are guaranteed. Please always gamble responsibly, only with money that you can afford to lose. Good luck if you do place a bet today.