PSG make the trip to Groupama Stadium on Sunday for the Ligue 1 clash with hosts Lyon.

All of our predictions, stats and the user poll for Lyon v Paris Saint-Germain are shown below including the latest game odds.

Lyon will be looking for an improved result here after a 2-1 Ligue 1 loss in their previous game against Monaco.

Lyon have been conceding pretty frequently lately, although they have also managed to convert their own chances into goals. Over their last 6 matches, Lyon have conceded in 5 of them while also scoring in 6 of those matches.

PSG will go into the meeting after a 1-3 Champions League win versus Maccabi Haifa in their last outing.

A series of effective performances by the Paris Saint-Germain defence has seen their ‘goals against’ tally standing at 3 from their previous 6 clashes combined. In that time, the number of goals that they have scored themselves amounts to 13. That aside, we will just have to wait and see if the trend will be sustained in this next game or not.

Going into this game, the form guide shows that Paris Saint-Germain:

Inspecting their past head-to-head meetings stretching back to 04/03/2020 shows that Lyon have won 1 of them and PSG 3, with the number of drawn results standing at 2.

In all, 18 goals were yielded between them in these games, with 6 of them from Lyon and 12 belonging to Les Rouge-et-Bleu. The average goals per game has been 3.

The previous league meeting featuring the two was Ligue 1 match day 20 on 09/01/2022 and the score finished Lyon 1-1 Paris Saint-Germain.

On that day, Lyon managed 32% possession and 11 attempts on goal with 4 on target. Their only player to score was Lucas Paquetá (7').

Paris Saint-Germain had 15 shots at goal with 3 of them on target. Thilo Kehrer (76') scored.

There’s just a single fitness concern for the Lyon gaffer Peter Bosz to be concerned about from an otherwise fully-primed group. Julian Pollersbeck (Knee Surgery) is out of contention.

For this match, we think that Lyon have the firepower to put one past this Paris Saint-Germain outfit, but a single goal might not be enough to avoid a loss.

We are therefore anticipating a close game with a 1-2 advantage for Paris Saint-Germain at full-time. There looks to be little in this one. 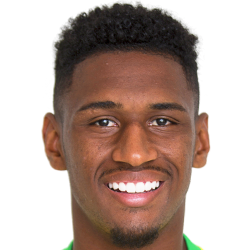 Typically deployed in the Right Wing position, Tetê was born in Porto Alegre, Brazil. Having played his first senior match for Lyon in the 2021 - 2022 season, the goalscoring Forward has managed 4 league goals in the Ligue 1 2022 - 2023 campaign so far from a total of 7 appearances.

While we have made these predictions for Lyon v Paris Saint-Germain for this match preview with the best of intentions, no profits are guaranteed. Always gamble responsibly, and with what you can afford to lose. Best of luck with your selections.