Western United will be the visitors at Campbelltown Stadium on Saturday for the A-League meeting with hosts Macarthur FC.

Our Macarthur FC v Western United tips, poll and stats can be seen in full below - as well as up-to-date odds.

Macarthur FC won’t want a repeat of their last result here after the 1-0 A-League defeat last time out to Adelaide United.

An interesting feature of more recent Macarthur FC games is the number of nil scores.

Taking their prior sextet of clashes leading up to this one, in 5 of them a wager on BTTS would've been a loser. While that may be of interest, we will just have to wait and see if such a trend will continue on in this match or not.

Western United go into this match following on from a 1-0 A-League win with the defeat of Sydney FC in their most recent outing.

For 5 of the past 6 clashes involving Western United, a comparatively low number of goals have gone in between them and opposing sides. The overall average number of goals per game in that period is a mere 1.83, with the average goals for The West being 0.83.

Looking at the statistics for their head to head duels going back to 20/02/2021, there has been little to separate the clubs with Macarthur FC winning 2 of those games, Western United 2 and 2 being drawn after 90 minutes of play.

A combined total of 19 goals were produced between them in this period, with 8 of them from Macarthur and 11 netted by The West. That’s an average goals per game figure of 3.17.

The previous league meeting between these sides was A-League match day 3 on 21/10/2022 and the score finished Western United 1-1 Macarthur FC.

That day, Western United had 61% possession and 20 attempts on goal with 7 on target. The scorer was Lachlan Wales (69').

At the other end, Macarthur FC had 16 attempts at goal with 5 of them on target. Matt Millar (24') was the scorer.

The Macarthur FC boss Mile Sterjorvski has zero fitness concerns at all coming into this clash owing to a completely healthy squad to choose from.

Due to a completely injury-free squad to pick from, the Western United boss John Aloisi doesn’t have any fitness worries whatsoever coming into this match.

Our assessment is that Western United have it within them to score a goal against this Macarthur FC side, however that possibly won’t prevent them from conceding a couple at the other end.

We think that it’s going to be a tight encounter finishing with a 2-1 winning score for Macarthur FC after the 90. It should be a decent one. 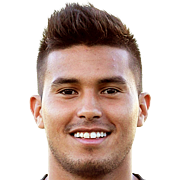 Typically used in the Central Attacking Midfielder position, Ulises Dávila was born in Guadalajara, Mexico. Having made his senior debut playing for CD Guadalajara in the 2009 - 2010 season, the dangerous Midfielder has hit 2 league goals in this A-League 2022 - 2023 season to date from a total of 9 appearances.

We have made these Macarthur FC v Western United predictions for this match preview with the best intentions, but no profits are guaranteed. Please always gamble responsibly, only with money that you can afford to lose. Best of luck.