For all of our match predictions, pre-game poll and statistics for Melbourne Victory v Melbourne City, scroll down - as well as up-to-date odds.

Melbourne Victory will want to continue from where they left off last time out with the 1-6 A-League victory over Western United.

In that match, Melbourne Victory had 40% possession and 19 attempts on goal with 10 of them on target. For Melbourne Victory, the goalscorers were Jake Brimmer (12'), Rudy Gestede (22'), Elvis Kamsoba (33', 50'), Ben Folami (36') and Jacob Butterfield (82'). For their opponents, Western United had 19 shots at goal with 7 of them on target. Alessandro Diamanti (45') was the scorer for Western United.

It has not been often in recent times that Melbourne Victory have shown defensive steel. The reality is that Victory have failed to prevent opponents from scoring in 6 of their previous 6 games, shipping 11 goals on the way.

Their prior results show that Melbourne Victory:

Since being defeated in their last game at the hands of Brisbane Roar in A-League action, Melbourne City and their fans will hope to get a better result this time.

The numbers tell their own story, and Melbourne City have been scored against in 5 of their last 6 matches, seeing their opponents hit 9 goals in all. At the back, City can certainly do much better. Let’s find out whether or not that trend will end up being sustained here.

Coming into this contest, Melbourne City haven't been defeated by Melbourne Victory when they've played them away from home in the last 5 matches in the league. An impressive run.

A glance at their most recent head-to-head clashes going back to 23/02/2019 shows us that Melbourne Victory have won 1 of these and Melbourne City 3, with the tally of drawn matches standing at 2.

A combined total of 21 goals were produced between them during those clashes, with 4 of them for Victory and 17 created by City. The average number of goals per game works out to 3.5.

The last league encounter featuring these sides was A-League match day 17 on 17/04/2021 when the final score was Melbourne City 7-0 Melbourne Victory.

At the other end, Melbourne Victory had 4 shots on goal with 1 on target.

Melbourne Victory boss Steve Kean has no fitness worries at all before this game owing to a fully injury-free group to choose from.

Due to a completely healthy group to choose from, Melbourne City manager Patrick Kisnorbo has no fitness concerns to speak of before this clash.

We’re of the view that Melbourne Victory are dangerous enough to find the net against this Melbourne City side, although just one goal likely won’t be enough to avoid a loss.

We’re going for a close game with a 1-2 win for Melbourne City after 90 minutes. There looks to be little in this one. 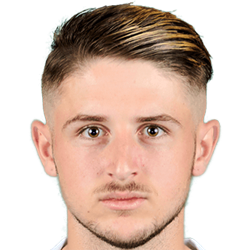 Generally taking up the Centre Midfield position, Jake Brimmer was born in Melbourne, Australia. Having played his first senior match for Perth Glory in the 2017 - 2018 season, the dangerous Midfielder has bagged 5 league goals in this A-League 2020 - 2021 campaign to date from a total of 24 appearances.

We have made these Melbourne Victory v Melbourne City predictions for this match preview with the best intentions, but no profits are guaranteed. Please always gamble responsibly, only with money that you can afford to lose. Best of luck with your selections.