Our Melbourne Victory v Sydney FC predictions, statistics and match poll can be seen below (plus the best game odds).

Melbourne Victory will be looking to improve on their last outing here following a 3-1 A-League loss in their previous game against Perth Glory.

Melbourne Victory haven’t made the most of their chances of late. Their sum of goals stands at just 4 versus opponents over the course of their last six fixtures. In those meetings, Melbourne Victory have also seen the tally of goals that have gone against them come to 8. That kind of trend might not be carried forward here, though.

Coming into this contest, Melbourne Victory have not been beaten in the league by Sydney FC in their previous 3 games.

After a losing effort in their last game against Western United in A-League competition, Sydney FC and their fans will hope to get a better result this time.

Looking at their form, and Sydney FC have been scored against in 5 of their last 6 games, seeing opposing sides hit 9 goals in total. Defensively, Sydney FC certainly have room for improvement.

A look at their previous results shows us that Sydney FC:

Inspecting their past head-to-head meetings going back to 04/04/2021 tells us that Melbourne Victory have won 2 of them and Sydney FC 3, with the number of drawn matches being 1.

A total of 20 goals were yielded between them throughout the course of those matches, with 9 for Victory and 11 coming from The Sky Blues. That’s an average goals per game figure of 3.33.

The last league clash featuring the two was A-League match day 1 on 08/10/2022 which ended up with the score at Sydney FC 2-3 Melbourne Victory.

The match was refereed by Chris Beath.

Regarding absentees, there’s just a single fitness concern for the Melbourne Victory gaffer Tony Popović to be concerned about from an otherwise fully-primed group. Nani (Cruciate Ligament Rupture) will miss out.

Thanks to a completely injury-free squad available to select from, the Sydney FC manager Steve Corica doesn’t have any fitness concerns at all coming into this match.

It’s looking like Sydney FC and Melbourne Victory could well both score and end up finding themselves in a fairly even game here.

A close call, and we think a draw is quite likely. That is why we are leaning toward a tight encounter with a 1-1 score draw at the end of the 90. 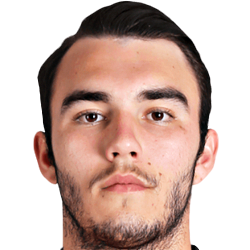 Mostly playing in the Striker position, Nick D'Agostino was born in Australia. After making a first senior appearance for Brisbane Roar in the 2015 - 2016 season, the gifted Forward has got 3 league goals in this A-League 2022 - 2023 campaign so far in a total of 11 appearances.

We have made these Melbourne Victory v Sydney FC predictions for this match preview with the best intentions, but no profits are guaranteed. Please always gamble responsibly, only with money that you can afford to lose. We wish you the best of luck.