Our tips, poll and stats for Queens Park Rangers v Middlesbrough can all be found here (inc. the best betting odds).

QPR will be wanting a better result here following the 1-0 Championship defeat last time out to Blackburn Rovers.

Michael Beale's Queens Park Rangers have managed to score a sum total of 5 times in their last 6 outings. At the other end, the tally of goals that have been scored against them in those same fixtures is 7.

Heading into this contest, Queens Park Rangers have not been beaten in the league by Middlesbrough in their last 6 games.

Last time out, Middlesbrough drew 1-1 in the Championship tie with West Bromwich Albion.

The stats don’t lie, and Middlesbrough have been scored against in 5 of their last 6 matches, with opponents netting 9 goals overall. At the back, Middlesbrough seem to have a bit of a soft underbelly. That kind of trend might not be carried forward here, however.

Their past results show that Middlesbrough:

Inspecting their past head to head meetings stretching back to 09/11/2019 shows that QPR have won 3 of them & Middlesbrough 0, with the number of drawn results standing at 3.

19 goals were produced between them during those clashes, with 11 for The R's and 8 for The Boro. That’s an average goals per game of 3.17.

The QPR manager Michael Beale will be grateful not to have any fitness worries whatsoever ahead of this game with a completely healthy squad available for selection.

Thanks to a completely healthy squad available to choose from, the Middlesbrough manager Chris Wilder has zero fitness concerns to report before this game.

Little in this one, and it’s almost too close to call. That is why we are leaning toward a 0-0 score at full-time. 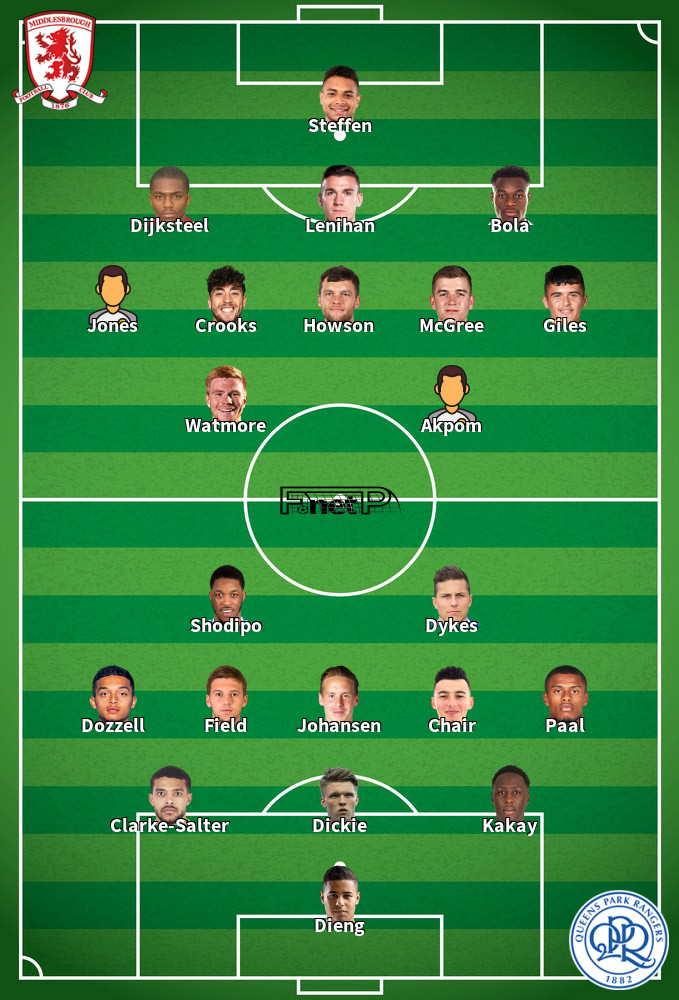 We have made these Queens Park Rangers v Middlesbrough predictions for this match preview with the best intentions, but no profits are guaranteed. Please always gamble responsibly, only with money that you can afford to lose. Good luck with your selections.