Middlesbrough make the trip to Stadium of Light on Sunday for the Championship showdown with home team Sunderland.

All Sunderland v Middlesbrough game predictions, stats and user poll are shown below (plus the best game odds).

Sunderland won’t want a repeat of their last result here following the 1-3 Championship losing effort in their last game against Swansea City.

In that game, Sunderland had 32% possession and 8 attempts at goal with 3 of them on target. The only player on the scoresheet for Sunderland was Dan Neil (64'). At the other end, Swansea City had 18 shots on goal with 6 on target. Joël Piroe (50'), Liam Cullen (70') and Ollie Cooper (78') scored for Swansea City.

Sunderland have been on a persistent run of goalscoring form, finding the back of the net every time they’ve gone out to play in their last 6 games.

They’ve hit an aggregate of 11 during that time while seeing the number of goals scored against them stand at 8.

Going into this contest, Sunderland haven't won against Middlesbrough in their previous 6 matches in the league.

Middlesbrough will go into this clash following on from a 1-0 Championship win to defeat Millwall in their previous outing.

In that game, Middlesbrough managed 66% possession and 7 attempts at goal with 3 on target. The only player to score for Middlesbrough was Marcus Forss (54'). For their opponents, Millwall got 8 attempts on goal with 2 of them on target.

In their last six clashes, Middlesbrough have bagged a tally of 12 goals. Middlesbrough have also managed to score on each one of those occasions. During that period, they’ve had 11 goals go into their own net. Regardless, time will tell if that pattern might be sustained here in this game.

Leading up to this clash, Middlesbrough:

Looking at their past head to head results stretching back to 21/08/2016 tells us that these encounters have been a source of anguish for Sunderland. They have not been able to get any victories whatsoever while Middlesbrough have been dominant against them, finishing as winners in 83 per cent of those games played.

14 goals were scored between them throughout the course of those matches, with 4 of them for The Black Cats and 10 netted by The Boro. That’s an average goals per game figure of 2.33.

The last league clash featuring these clubs was Championship match day 8 on 05/09/2022 when the final score was Middlesbrough 1-0 Sunderland.

In that game, Middlesbrough had 39% possession and 15 shots at goal with 5 on target. Their only player on the scoresheet was Riley McGree (25').

Sunderland had 8 shots at goal with 2 on target.

Nearly everyone is up for selection, with just one fitness concern for the Sunderland gaffer Tony Mowbray to be concerned about from an otherwise complete squad. Elliot Embleton (Torn Ankle Ligament) is out of contention.

With a fully injury-free group to choose from, the Middlesbrough manager Michael Carrick has zero fitness worries to speak of ahead of this clash.

We envisage that Middlesbrough and Sunderland could both end up scoring in what appears to be a good match-up, with little separating these two teams.

A draw looks like a realistic possibility, but we’ll see what happens. We therefore see a very close game with a 1-1 scoreline when the full-time whistle blows. 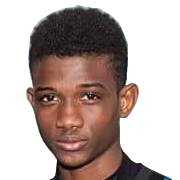 Generally taking up the Right Wing position, Amad Diallo was born in Abidjan, Ivory Coast. After having made a senior debut playing for Atalanta in the 2019 - 2020 season, the goalscoring Forward has accumulated 6 league goals in the Championship 2022 - 2023 season to date from a total of 20 appearances.

While we have made these predictions for Sunderland v Middlesbrough for this match preview with the best of intentions, no profits are guaranteed. Always gamble responsibly, and with what you can afford to lose. We wish you the best of luck.