Return to this page a few days before the scheduled game when this expired prediction will be updated with our full preview and tips for the next match between these teams.
Full-Time Result Prediction
👉
Wisla Plock to Win

The Ekstraklasa match at Stadion im. Kazimierza Górskiego on Monday will see hosts Wisla Plock facing opposition in the form of Miedź Legnica.

To see all of our predictions, user poll & stats for Wisla Plock v Miedź Legnica, scroll down (inc. the best betting odds).

Wisla Plock will want to continue from where they left off last time out with the 1-3 Ekstraklasa triumph versus Lech Poznań.

A recurring aspect of recent Wisla Plock games is the number of nil scores.

From their previous 6 matches leading up to this one, in as many as 5 of them a wager on BTTS would've been a loser.

After a loss in their previous game against Warta Poznań in Ekstraklasa action, Miedź Legnica and their fans will hope to get a better result this time.

Looking at their form, and Miedź Legnica have been scored against in 5 of their last 6 games, letting opponents get 10 goals overall. At the back, Miedź Legnica have not been doing too well. That aside, we will just have to wait and see whether the trend will continue on in this game.

Coming into this meeting, Miedź Legnica are unbeaten in their last 3 league matches away from home.

The previous league game featuring the two was Ekstraklasa match day 3 on 28/04/2019 when it finished Miedź Legnica 3-2 Wisla Plock.

The referee was Krzysztof Jakubik.

The Wisla Plock boss Pavol Staňo will be grateful to have no fitness concerns at all coming into this game owing to a fully injury-free squad available to select from.

Thanks to a completely healthy squad available to choose from, the Miedź Legnica manager Wojciech Łobodziński has zero fitness concerns whatsoever ahead of this clash.

Our thinking is that Wisla Plock will more than likely score a couple of goals when they meet Miedź Legnica, who may well struggle to break down their defence. 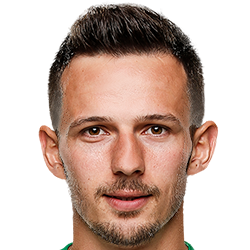 Mostly playing in the Centre Midfield position, Rafał Wolski was born in Głowaczów, Poland. After having played his first senior match for Legia Warsaw in the 2010 - 2011 season, the dangerous Midfielder has managed to score 3 league goals in this Ekstraklasa 2022 - 2023 campaign so far coming from a total of 3 appearances.

We have made these Wisla Plock v Miedź Legnica predictions for this match preview with the best intentions, but no profits are guaranteed. Please always gamble responsibly, only with money that you can afford to lose. Good luck if you do place a bet today.