Return to this page a few days before the scheduled game when this expired prediction will be updated with our full preview and tips for the next match between these teams.
Full-Time Result Prediction
👉
Mito Hollyhock to Win

Scroll down to see all of the predictions, poll and statistics for Mito Hollyhock v Tokyo Verdy - plus the latest match odds.

Mito Hollyhock will be hoping to bounce back here after a 2-0 J2 League loss in their previous game against Albirex Niigata.

Under three goals per game were recorded in 5 of the last 6 fixtures where Mito Hollyhock have taken part. In terms of the goal attribution during this period, their opponents scored a total of 5 and Mito Hollyhock managed a tally of 4. Nevertheless, time will tell if that pattern might be sustained in this next game or not.

Their past results show that Mito Hollyhock:

In their last game, Tokyo Verdy drew 2-2 in the J2 League match with Machida Zelvia.

For Tokyo Verdy, the goals were scored by Daiki Fukazawa (2') and Toyofumi Sakano (97'). Yuki Nakashima (13') and Shusuke Ota (48') scored for Machida Zelvia.

The stats don’t lie, and Tokyo Verdy have been scored against in 6 of their last 6 games, conceding 9 goals in total. Defensively, Tokyo Verdy certainly have room for improvement.

Their prior results show that Tokyo Verdy:

Inspecting their prior head-to-head meetings dating back to 24/08/2019 tells us that Mito Hollyhock have won 2 of these games & Tokyo Verdy 3, with the tally of drawn games standing at 1.

An aggregate of 13 goals were scored between the two sides in these games, with 6 of them for HollyHock and 7 created by Tokyo Verdy. That is an average goals per game value of 2.17.

The last league game featuring these clubs was J2 League match day 16 on 14/05/2022 which ended up with the score at Tokyo Verdy 0-2 Mito Hollyhock.

The referee was Shu Kawamata.

The Mito Hollyhock manager Tadahiro Akiba does not have any fitness worries whatsoever before this game owing to a fully injury-free group available to select from.

Thanks to a fully healthy group available for selection, the Tokyo Verdy boss Hiroshi Jofuku has zero fitness concerns to speak of ahead of this clash.

Our assessment here is that Tokyo Verdy will need to push hard to find the net against this Mito Hollyhock outfit who we reckon should win and very possibly keep a clean sheet.

We’re therefore expecting a very competitive encounter with a 1-0 advantage for Mito Hollyhock when all is said and done. 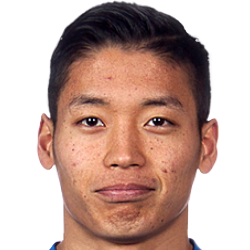 Usually taking up the Striker position, Kosuke Kinoshita was born in Tokyo, Japan. Having made a first senior appearance for Halmstads BK in the 2017 season, the accomplished Forward has managed to score 11 league goals in this J2 League 2022 season to date from a total of 33 appearances.

We have made these Mito Hollyhock v Tokyo Verdy predictions for this match preview with the best intentions, but no profits are guaranteed. Please always gamble responsibly, only with money that you can afford to lose. Best of luck.