To see all of our predictions, user poll & stats for MK Dons v Newport County, scroll down - plus the latest match odds.

MK Dons will be hoping to bounce back here following the 3-1 League One loss in their previous game against Barnsley.

Liam Manning's MK Dons have found the net 6 times in their past 6 outings. The number of goals that have been scored against them in those same games amounts to 7.

Newport County will go into this meeting following a 2-0 League Two win to defeat Gillingham in their previous outing.

The only player to score from Newport County was Priestley Farquharson (43', 56').

Throughout their six most recent matches, Graham Coughlan's Newport County have found the net 5 times - yielding them the goals per game average of 0.83.

The MK Dons boss Liam Manning will be grateful not to have any fitness worries whatsoever ahead of this clash with a fully healthy group to pick from.

Owing to a fully injury-free squad to choose from, the Newport County boss Graham Coughlan has no fitness concerns to speak of before this clash.

We’re inclined to think that MK Dons certainly have the ability to get the win and a possible clean sheet when they come up against Newport County, who could well struggle to find the back of the net.

Our tip is for a pretty comfortable 2-0 win for MK Dons by the time that the referee blows the final whistle. 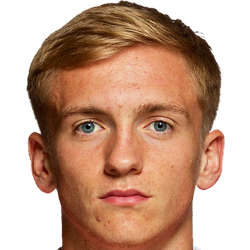 Usually played in the Central Defensive Midfielder position, Matt Smith was born in Redditch, England. After making a first senior appearance for FC Twente in the 2018 - 2019 season, the goalscoring Midfielder has struck 2 league goals in this League One 2022 - 2023 season so far from a total of 15 appearances.

While we have made these predictions for MK Dons v Newport County for this match preview with the best of intentions, no profits are guaranteed. Always gamble responsibly, and with what you can afford to lose. Best of luck with your selections.