Mladá Boleslav come up against away team FC Brno at Lokotrans Aréna in this First League clash on Sunday.

View all Mladá Boleslav v FC Brno tips, stats and our pre-match poll below (plus the best game odds).

Mladá Boleslav will be hoping for a repeat of their last result, following the 1-2 First League triumph vs Baumit Jablonec.

For Mladá Boleslav, the scorers were Tomáš Ladra (45') and Vojtěch Kubista (87'). Pavel Šulc (18') was the scorer for Baumit Jablonec.

At least three goals per game were seen in 5 of the past 6 fixtures where Mladá Boleslav have participated. Their opponents scored 11 times in these games whereas Mladá Boleslav managed to get a total of 11.

Coming into this meeting, Mladá Boleslav haven't been defeated in their previous 4 league matches at home.

Following on from a loss in their previous game against Sigma Olomouc in First League action, FC Brno and their fans will hope to get a better result this time.

The stats tell the story, and FC Brno have been scored against in 5 of their last 6 matches, seeing their opponents hit 13 goals in all. In defence, FC Brno have seen their frailties exposed. That kind of trend isn’t assured to be sustained into this next game, however.

Looking over their past head to head clashes stretching back to 22/04/2017 shows that Mladá Boleslav have won 4 of these games and FC Brno 1, with the tally of drawn matches standing at 1.

The last league meeting between these clubs was First League match day 3 on 13/08/2022 which finished with the scoreline of FC Brno 3-1 Mladá Boleslav.

The referee was Zbynek Proske.

The Mladá Boleslav boss Pavel Hoftych does not have any fitness concerns whatsoever before this match owing to a completely healthy squad available for selection.

With a completely injury-free squad to pick from, the FC Brno manager Richard Dostálek does not have any fitness concerns to speak of ahead of this clash.

FC Brno would be disappointed if they were not to put one past this Mladá Boleslav lineup, but that possibly won’t quite be as many as the goals that they could concede.

We’re going for a very close game with a 2-1 victory for Mladá Boleslav at the end of the match. Let’s see what eventuates. 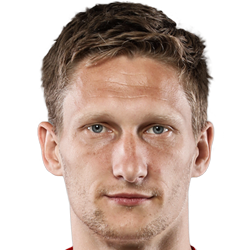 Mostly deployed in the Striker position, Milan Škoda was born in Prague, Czech Republic. After having made a senior debut playing for Bohemians 1905 in the 2007 - 2008 season, the skilful Forward has hit 4 league goals in this First League 2022 - 2023 season so far in 7 appearances.

While we have made these predictions for Mladá Boleslav v FC Brno for this match preview with the best of intentions, no profits are guaranteed. Always gamble responsibly, and with what you can afford to lose. Good luck if you do place a bet today.