Monza will do battle with away side Pescara at U-Power Stadium in the Serie B match on Monday.

To see all of our predictions, user poll & stats for Monza v Pescara, scroll down - as well as the best betting odds.

Monza will play in this game coming off the back of a 1-1 Serie B stalemate versus Entella.

Cristian Brocchi's Monza have netted a sum total of 8 times in their prior six outings. Conversely, the tally of goals that they have conceded in that same time amounts to 8.

Pescara will go into the meeting following on from a 3-1 Serie B win as they beat Pisa in their previous fixture.

In that game, Pescara managed 42% possession and 15 attempts on goal with 5 of them on target. For Pescara, goals were scored by Cristian Galano (41'), Pepín (90') and Massimiliano Busellato (90'). On the other side, Pisa had 14 shots at goal with 2 of them on target. Michele Marconi (90') was the scorer for Pisa.

In the course of their six previous matches, Gianluca Grassadonia's Pescara have seen their goal attempts be successful 6 times - giving them the goals scored per game average of 1.

Ahead of this clash, Pescara have not won away from home in their last 2 league games.

The last league fixture featuring the two was Serie B match day 13 on 19/12/2020 which finished with the scoreline of Pescara 3-2 Monza.

In an otherwise healthy group of players, there is only the one fitness problem for the Pescara gaffer Gianluca Grassadonia to contend with. Alessio Riccardi (Unknown Injury) won’t be in action.

It looks to us that Monza can and should dominate on the ball and be rewarded with decent chances.

At the same time, Pescara could well find it tough to score a goal of their own although we do think it’s probable that they will be hitting back at some stage, too.

Our selection here is for a controlled 3-1 margin for Monza come full-time. 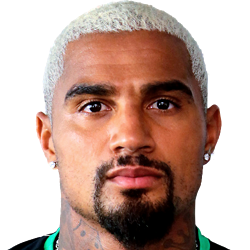 Mostly used in the Central Attacking Midfielder position, Kevin-Prince Boateng was born in Berlin, Germany. Having played his first senior match for Hertha Berlin in the 2005 - 2006 season, the accomplished Midfielder has managed 5 league goals in this Serie B 2020 - 2021 season to date in 21 appearances.

We have made these Monza v Pescara predictions for this match preview with the best intentions, but no profits are guaranteed. Please always gamble responsibly, only with money that you can afford to lose. Good luck!