Return to this page a few days before the scheduled game when this expired prediction will be updated with our full preview and tips for the next match between these teams.
Full-Time Result Prediction
👉
Portimonense to Win

Nacional will be hosting guests Portimonense at Estádio da Madeira in the Primeira Liga game on Friday.

Scroll down for all of our predictions, poll and stats for the Nacional v Portimonense game (inc. the best betting odds).

Nacional will be wanting a better result here after a 2-0 Primeira Liga loss in their previous game against Gil Vicente.

In that game, Nacional managed 49% possession and 10 shots on goal with 1 on target. For their opponents, Gil Vicente got 10 attempts at goal with 4 of them on target. Pedro Marques (54') and Samuel Lino (71') scored for Gil Vicente.

Os Alvinegros have not been the best at stopping their opponents of late, but they have also found ways to convert their own chances into goals. Analysis of their previous 6 games shows that Os Alvinegros have conceded in 6 of them while also getting on the scoresheet in 5 of those games.

Their prior results show that Nacional:

Since tasting defeat last time out to Porto in Primeira Liga action, Portimonense and their travelling supporters will be hoping that they can get a better result in this one.

Paulo Sérgio's Portimonense have found the back of the net 8 times throughout their most recent sextet of matches. The overall goals that have been scored against them during those matches equals 7.

Heading into this contest, Portimonense haven’t won away from home in the past 10 league games. It's not a good run at all.

A glance at their prior head-to-head meetings going back to 09/02/2002 shows that Nacional have won 1 of them & Portimonense 4, with the tally of drawn matches standing at 1.

A total of 16 goals were produced between them throughout the course of those matches, with 5 of them from Os Alvinegros and 11 belonging to Portimonense. That’s an average goals per game of 2.67.

The last league encounter featuring these clubs was Primeira Liga match day 8 on 29/11/2020 when the final score was Portimonense 1-0 Nacional.

In that match, Portimonense had 50% possession and 14 attempts at goal with 4 on target. The scorer was Fabrício Messias (89').

At the other end, Nacional had 12 attempts on goal with 1 of them on target.

The referee was Gustavo Correia.

We’re of the opinion that Nacional will need to push hard to find the net against this Portimonense outfit who we think will likely get the win and a maybe even keep a clean sheet as well.

Our tip is therefore for a very even contest with a 0-1 victory for Portimonense at the end of this one. 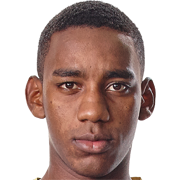 Mostly taking to the field in the Striker position, Bryan Róchez was born in Tegucigalpa, Honduras. Having made a first senior appearance for Orlando City in the 2015 season, the talented Forward has bagged 4 league goals in the Primeira Liga 2020 - 2021 campaign to date from a total of 23 appearances.

We have made these Nacional v Portimonense predictions for this match preview with the best intentions, but no profits are guaranteed. Please always gamble responsibly, only with money that you can afford to lose. Best of luck.