The Liga MX (Clausura) meeting at The Estadio Hidalgo on Monday will see home side Pachuca prepare for the visit of Necaxa.

Scroll down for all of our predictions, poll and stats for the Pachuca v Necaxa game - as well as the best betting odds.

Pachuca will want to continue from where they left off last time out with a 4-1 Liga MX (Clausura) success against FC Juárez.

Matches with Pachuca have usually been entertaining affairs recently with a lot of goalmouth action anticipated. Over their past half dozen clashes, the sum total of 27 goals have been scored for both teams combined (at an average of 4.5 goals per game) with 19 of them coming from Pachuca. We will have to find out whether or not that trend will be continued on in this game.

Coming into this meeting, Pachuca are unbeaten in their last 6 home league matches.

Necaxa head into the match following a 1-0 Liga MX (Clausura) win over Cruz Azul in their most recent fixture.

The numbers tell their own story, and Necaxa have been scored against in 5 of their last 6 games, conceding 10 goals in all. At the back, Necaxa certainly have room for improvement.

Heading into this contest, Necaxa are without a win away from home in their last 6 matches in the league.

Checking on their past head-to-head meetings dating back to 03/11/2019 tells us that Pachuca have won 3 of them & Necaxa 2, with the number of drawn games standing at 1.

In all, 15 goals were shared by the two clubs in this period, with 8 of them for Los Tuzos and 7 being from Lightning Bolts. That’s an average goals per game of 2.5.

The last league contest featuring these sides was Liga MX (Apertura) match day 5 on 28/07/2022 when the final score was Necaxa 2-0 Pachuca.

That day, Necaxa managed 41% possession and 9 attempts on goal with 3 on target. The scorers were Brayan Garnica (34') and Milton Giménez (48').

On the other side, Pachuca had 15 attempts at goal with 3 of them on target.

Thanks to a completely injury-free squad available to select from, the Necaxa manager Andres Lillini doesn’t have any fitness concerns to report before this match.

We’re of the view that Pachuca should get the goals that they need when they line up against Necaxa, who might well find it a difficult task to break down their defence.

Our selection here is for a pretty comfortable 2-0 winning margin for Pachuca at the end of this one. 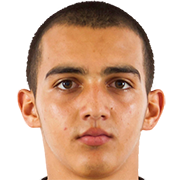 Typically played in the Centre Midfield position, Luis Chávez was born in Cihuatlán, Mexico. After having played his first senior match for Club Tijuana in the 2014 - 2015 season, the accomplished Midfielder has bagged 2 league goals in the Liga MX (Apertura) 2022 - 2023 season so far in a total of 16 appearances.

We have made these Pachuca v Necaxa predictions for this match preview with the best intentions, but no profits are guaranteed. Please always gamble responsibly, only with money that you can afford to lose. Best of luck.