It has not been often in recent times where Racing Club haven’t conceded. The facts show that La Academia have seen their defence breached in 5 of their previous 6 games, letting in 8 goals on the way.

Following on from a losing effort in their last game against Vélez Sarsfield in Copa de la Liga Profesional action, Newell´s Old Boys and their travelling fans will hope for a better result here.

In the course of their 6 most recent matches, Frank Kudelka's Newell´s Old Boys have had reason to celebrate scoring a total of 10 times, earning them the goals scored per game average of 1.67.

It doesn’t get much better regarding selection, with just one fitness concern for the Racing Club gaffer Sebastián Beccacece to be concerned with from a near full-strength group of players. Marcelo Díaz (Rupture of Outer Meniscus) is sidelined.

It’s looking like Newell´s Old Boys and Racing Club should both get enough opportunities to score, although it’s hard to separate the two.

A close call, and we think a draw is quite likely. We therefore see a close game with a 1-1 scoreline at the end of this one. 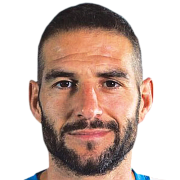 Mostly taking up the Striker position, Lisandro López was born in Rafael Obligado, Argentina. Having played his first senior match for Racing Club in the 2002 - 2003 season, the talented Forward has managed to score 4 league goals in the Superliga 2019 - 2020 season to date in 20 appearances.

While we have made these predictions for Racing Club v Newell´s Old Boys for this match preview with the best of intentions, no profits are guaranteed. Always gamble responsibly, and with what you can afford to lose. Best of luck with your selections.