Newell´s Old Boys will face off against the visiting River Plate at Estadio Marcelo Bielsa in this Superliga match on Thursday.

Our Newell´s Old Boys v River Plate tips, poll and stats can be seen in full below - as well as the best betting odds.

Newell´s Old Boys go into this fixture following on from a 1-1 Superliga drawn game vs Colón.

Newell´s Old Boys have really been misfiring in more recent games. Their goals record stands at just 4 vs opposing sides over their previous 6 outings. In those games, Newell´s Old Boys have also seen the tally of goals against them come to 8. That trend might not be carried forward here, though.

A look at their previous results shows us that Newell´s Old Boys:

Last time out, River Plate drew 1-1 in the Superliga match with Independiente.

In the course of their six latest matches, Marcelo Gallardo's River Plate have slotted home 8 times therefore giving them a goals per game average of 1.33.

Going into this contest, River Plate are undefeated in their previous 2 league matches away from home.

Checking out their prior head to head meetings going back to 13/10/2014, there has been little to separate the clubs with Newell´s Old Boys winning 3 of those games, River Plate 3 and 0 being draws in regulation time.

A sum of 19 goals were shared by the two clubs in this period, with 10 of them for La Lepra and 9 belonging to Los Millonarios. The average goals per game has been 3.17.

The previous league match featuring these sides was Superliga match day 15 on 01/12/2019 which ended up with the score at Newell´s Old Boys 2-3 River Plate.

The Newell´s Old Boys boss Fernando Gamboa doesn’t have any fitness concerns at all coming into this game thanks to a fully injury-free squad available for selection.

In this match, Newell´s Old Boys certainly have the ability to score a goal against this River Plate side, but one goal is unlikely to be enough.

Our tip is for a narrow 1-2 victory for River Plate when the full-time whistle blows. It should be a decent one. 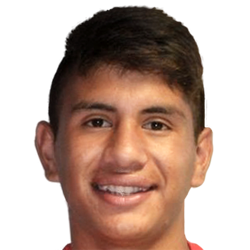 Usually played in the Centre Midfield position, Nicolás Castro was born in Rafaela, Argentina. After having made a senior debut playing for Newell´s Old Boys in the 2019 - 2020 season, the gifted Midfielder has accumulated 3 league goals in this Superliga 2021 campaign to date in a total of 10 appearances.

While we have made these predictions for Newell´s Old Boys v River Plate for this match preview with the best of intentions, no profits are guaranteed. Always gamble responsibly, and with what you can afford to lose. Good luck with your selections.