Vélez Sarsfield will arrive at Estadio Marcelo Bielsa on Saturday for the Superliga meeting with home team Newell´s Old Boys.

Newell´s Old Boys go into this game following on from a 2-2 Superliga drawn result versus Godoy Cruz.

Their past results show that Newell´s Old Boys:

In their previous game, Vélez Sarsfield drew 3-3 in the Superliga match with Independiente.

During their six latest matches, Mauricio Pellegrino's Vélez Sarsfield have found the back of the net a total of 14 times therefore earning them a goals scored per game average of 2.33.

Their prior results show that Vélez Sarsfield:

A review of their most recent head to head clashes stretching back to 18/03/2017 shows us that Newell´s Old Boys have won 1 of these and Vélez Sarsfield 5, with the tally of drawn results standing at 0.

A combined sum of 12 goals were shared by the two clubs throughout the course of those matches, with 4 of them for La Lepra and 8 for El Fortín. The average number of goals per game works out to 2.

The Newell´s Old Boys manager Fernando Gamboa has a full complement, with no fitness concerns whatsoever coming into this match owing to a completely healthy squad available to select from.

With a completely injury-free squad ready to go, the Vélez Sarsfield manager Mauricio Pellegrino has zero fitness worries to speak of ahead of this game.

We feel that Vélez Sarsfield and Newell´s Old Boys are probably both going to find scoring goals difficult here.

At this stage, it appears to have the makings of a possible draw. That’s why our selection here is for a very competitive game with a 0-0 scoreline when the referee blows the final whistle. 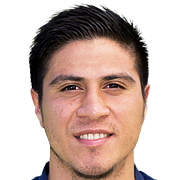 Normally played in the Striker position, Jonathan Cristaldo was born in Lomas de Zamora Partido, Argentina. After having made a senior debut playing for Vélez Sarsfield in the 2006 - 2007 season, the accomplished Forward has managed 2 league goals in this Superliga 2021 season so far coming from a total of 9 appearances.

We have made these Newell´s Old Boys v Vélez Sarsfield predictions for this match preview with the best intentions, but no profits are guaranteed. Please always gamble responsibly, only with money that you can afford to lose.