Nîmes will visit Stade Francis-Le Blé on Sunday for the Ligue 1 clash with hosts Brest.

For all of our match predictions, pre-game poll and statistics for Brest v Nîmes, scroll down - as well as up-to-date odds.

Brest will be looking to improve on their last outing here following the 1-0 Ligue 1 defeat in their last game at the hands of FC Lorient.

It has been all too rare in recent times where Brest have managed to hold out for a full 90 minutes. The reality is that Les Ty' Zefs have been scored against in 5 of their previous 6 games, shipping 10 goals in the process. That pattern isn’t assured to be carried forward into this game, of course.

After suffering a loss in their previous game against St Etienne in Ligue 1 competition, Nîmes will be aiming to make amends here.

The numbers tell their own story, and Nîmes have been scored against in 5 of their last 6 matches, with opponents netting 7 goals in all. At the back, Les Crocodiles have seen their frailties exposed.

Going into this contest, Nîmes remain undefeated by Brest when having played them away from home in the previous 2 league matches.

A review of their most recent head to head meetings dating back to 09/12/2016 shows us that Brest have won 1 of them and Nîmes 5, with the tally of draws being 0.

21 goals were scored between them in these games, with 4 of them from Les Ty' Zefs and 17 created by Les Crocodiles. This gives an average number of goals per game equal to 3.5.

The previous league fixture between these clubs was Ligue 1 match day 1 on 23/08/2020 which ended up with the score at Nîmes 4-0 Brest.

At the other end, Brest got 10 shots on goal with 3 of them on target.

Thanks to a fully injury-free group available to choose from, Nîmes manager Pascal Plancque has zero fitness concerns at all coming into this game.

Our feeling is that Nîmes could find themselves up against it to be putting a goal past this Brest outfit who we think will likely score one, at least.

We’re therefore seeing a very competitive game with a 1-0 advantage for Brest at the end of this one. 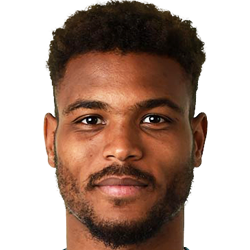 Customarily taking up the Striker position, Steve Mounié was born in Parakou, Benin. After having played his first senior match for Montpellier in the 2015 - 2016 season, the gifted Forward has bagged 7 league goals in the Ligue 1 2020 - 2021 campaign to date coming from a total of 29 appearances.

While we have made these predictions for Brest v Nîmes for this match preview with the best of intentions, no profits are guaranteed. Always gamble responsibly, and with what you can afford to lose. Best of luck with your selections.