Scroll down for all of our predictions, poll and stats for the Odense BK v Randers game - plus the latest betting odds.

Odense BK fans will want a repeat of their previous result, being the 6-0 Superliga victory over Vejle BK.

In their prior six games, Andreas Alm's Odense BK have managed to score a combined total of 14 times giving them an average number of goals per match of 2.33.

In their last fixture, Randers drew 1-1 in the Superliga tie with Brøndby IF.

In that match, Randers managed 45% possession and 6 attempts at goal with 2 of them on target. For Randers, the goalscorers were Stephen Odey (10') and Simon Graves (40' Own goal). At the other end, Brøndby IF had 10 attempts on goal with 4 on target.

The numbers tell their own story, and Randers have been scored against in 6 of their last 6 games, with opponents netting 9 goals overall. Defensively, Randers have clearly had some problems. We shall soon see if that trend will be continued on here.

A look at their previous results shows us that Randers:

If we look at their past head to head duels stretching back to 23/02/2020, both clubs have shared the honours with Odense BK winning 2 of those games, Randers 2 and 2 being drawn in normal time.

A combined total of 13 goals were yielded between them throughout the course of those matches, with 7 of them for De Stribede and 6 for Hestene. The average goals per game has been 2.17.

The last league meeting featuring the two was Superliga match day 2 on 25/07/2021 when the final score was Randers 1-1 Odense BK.

On that day, Randers managed 57% possession and 13 attempts at goal with 6 on target. Their only player on the scoresheet was Alhaji Kamara (33').

On the other side, Odense BK had 12 shots at goal with 3 on target. Jens Jakob Thomasen (15') was the scorer.

The Odense BK manager Andreas Alm doesn’t have any fitness worries at all coming into this game with a fully injury-free squad available to choose from.

Owing to an otherwise full-strength group, there is just the one fitness worry for the Randers manager Thomas Thomasberg to be concerned about. Marvin Egho (Unknown Injury) won’t be in action.

We feel that in this game, Randers will likely create enough chances to put a goal past this Odense BK lineup, although it is unlikely to be as many as the goals that they could concede.

We’re expecting a tight encounter finishing with a 2-1 advantage for Odense BK at full-time. There shouldn’t be much in it, either way. 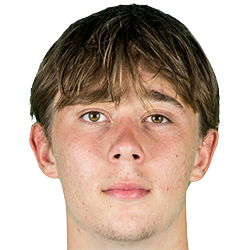 Mostly taking up the Centre Midfield position, Mads Frøkjær-Jensen was born in Denmark. Having made a first senior appearance for Odense BK in the 2019 - 2020 season, the dangerous Midfielder has managed to score 3 league goals in this Superliga 2021 - 2022 season to date in a total of 11 appearances.

We have made these Odense BK v Randers predictions for this match preview with the best intentions, but no profits are guaranteed. Please always gamble responsibly, only with money that you can afford to lose. Best of luck with your selections.