To see all of our predictions, user poll & stats for Oita Trinita v Yokohama FC, scroll down - as well as the best betting odds.

Oita Trinita head into this match after a 0-0 J1 League stalemate against Kashima Antlers.

In that game, Oita Trinita managed 42% possession and 2 attempts at goal with 0 of them on target. For their opponents, Kashima Antlers had 18 attempts on goal with 5 on target.

Under three goals per match were recorded in 5 of the last 6 meetings where Oita Trinita have been participants. Breaking down the goal weighting in that period, opposing sides scored a total of 5 while Oita Trinita managed a tally of 6.

Coming into this fixture, Oita Trinita haven't lost in the league to Yokohama FC in their previous 3 matches.

Following on from a loss in their previous game against Vissel Kobe in J1 League competition, Yokohama FC will be aiming to make amends here.

The stats don’t lie, and Yokohama FC have been scored against in 5 of their last 6 matches, conceding 9 goals in total. Defensively, Yokohama FC have not been doing too well. Such a trend won’t necessarily be continued into this next game, however.

Taking a look at their past results, Yokohama FC:

A review of their most recent head-to-head meetings going back to 05/08/2017 shows us that Oita Trinita have won 4 of these & Yokohama FC 1, with the tally of drawn results being 1.

A combined sum of 18 goals were produced between them in this period, with 10 for Oita and 8 being from Yokohama. That’s an average goals per game figure of 3.

The match was refereed by Koei Koya.

The Oita Trinita manager Tomohiro Katanosaka will be happy not to have any fitness worries whatsoever ahead of this match with a fully injury-free group available for selection.

Due to a fully healthy squad available to choose from, the Yokohama FC manager Tomonobu Hayakawa has zero fitness worries whatsoever coming into this clash.

In this match, Yokohama FC have it in them to get a goal against this Oita Trinita team, although it might not be enough to prevent defeat.

We think that it’s going to be a 2-1 victory for Oita Trinita after 90 minutes. Could easily see this go either way. 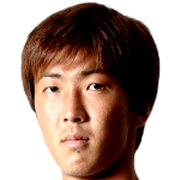 Mostly playing in the Striker position, Shun Nagasawa was born in Shizuoka, Japan. After having made a senior debut playing for Shimizu S-Pulse in the 2007 season, the talented Forward has contributed 4 league goals in the J1 League 2021 season to date in a total of 32 appearances.

While we have made these predictions for Oita Trinita v Yokohama FC for this match preview with the best of intentions, no profits are guaranteed. Always gamble responsibly, and with what you can afford to lose. Best of luck.