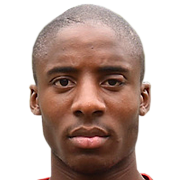 Mostly taking up the Central Attacking Midfielder position, Dylan Bahamboula was born in Corbeil-Essonnes, France. Having made his senior debut playing for Paris FC in the 2015 - 2016 season, the goalscoring Midfielder has managed to score 3 league goals in this League Two 2021 - 2022 season to date in a total of 8 appearances.

While we have made these predictions for Oldham Athletic v Walsall for this match preview with the best of intentions, no profits are guaranteed. Always gamble responsibly, and with what you can afford to lose. Good luck!