NK Osijek are going up against visiting club Rijeka at Stadion Gradski vrt in this Prva Liga game on Saturday.

View all NK Osijek v Rijeka tips, stats and our pre-match poll below including the latest game odds.

NK Osijek will be looking for another win after a 0-2 Prva Liga success against Šibenik.

In that match, NK Osijek had 59% possession and 17 shots on goal with 6 on target. The only player on the scoresheet for NK Osijek was Dion Drena Beljo (36', 38'). For their opponents, Šibenik had 9 shots at goal with 2 on target.

NK Osijek haven’t been able to stop scoring goals, finding the back of the net in each and every one of their last 6 matches.

They’ve hit an aggregate of 11 during that time while also conceding a total of 7.

Going into this one, NK Osijek are unbeaten in their previous 15 league matches at home. What a fortress.

After tasting defeat last time out to Dinamo Zagreb in Prva Liga competition, Rijeka will be hoping to turn things around here.

Proving their penchant for high-scoring matches, goals have been seen as many as 21 times in the prior 6 games in which Rijeka have played, making it an average of 3.5 goals for each fixture. Their opponents have managed 10 of those goals. However, it remains to be seen whether that trend will continue on in this upcoming game.

Going into this encounter, Rijeka have not emerged victorious against NK Osijek in away games against them for the last 7 matches in the league. They'll be keen to stop this run.

A look at their prior head-to-head clashes stretching back to 25/04/2021 shows us that NK Osijek have won 3 of these games & Rijeka 1, with the number of drawn games being 2.

A combined total of 9 goals were shared by the two clubs during those clashes, with 6 from Bijelo-plavi and 3 belonging to Riječki bijeli. That’s an average goals per game of 1.5.

The last league meeting featuring these clubs was Prva Liga match day 9 on 10/09/2022 when it finished Rijeka 0-3 NK Osijek.

On that occasion, Rijeka managed 45% possession and 5 attempts on goal with 0 of them on target.

The match was refereed by Ante Čulina.

The NK Osijek boss Rene Poms doesn’t have any fitness concerns whatsoever ahead of this match owing to a fully injury-free squad to pick from.

With a fully healthy squad available to select from, the Rijeka manager Sergej Jakirović has zero fitness worries at all ahead of this game.

Our feeling is that NK Osijek are likely to be able to create a good number of chances & successful shots on target.

However, Rijeka are also probably going to find it difficult to score themselves but we do think it’s quite likely that they will be getting the chances to score, too.

Our selection here is for a comfortable 3-1 winning score for NK Osijek at the conclusion of the game. 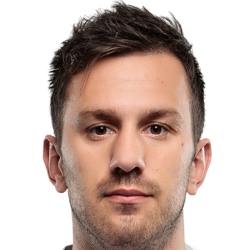 Mostly taking up the Central Attacking Midfielder position, Mijo Caktaš was born in Split, Croatia. Having made his senior debut playing for Hajduk Split in the 2011 - 2012 season, the talented Midfielder has contributed 7 league goals in this HNL 2022 - 2023 campaign so far from a total of 13 appearances.

While we have made these predictions for NK Osijek v Rijeka for this match preview with the best of intentions, no profits are guaranteed. Always gamble responsibly, and with what you can afford to lose. We wish you the best of luck.